About our Editorial Team
Medically Reviewed By Nathan Jakowski, PharmD 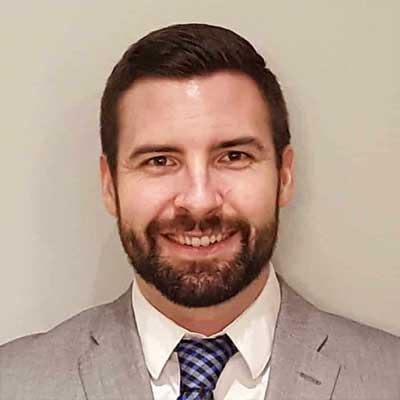 Nate Jakowski is a clinical pharmacist specializing in drug information and managed care. He completed his... read more

About our Editorial Team
×
This medical web page has been reviewed and validated by a health professional. The information has been screened and edited by health professionals to contain objective information on diagnosis and treatment of diseases. Contains bibliographic reference sources. If you are a healthcare professional and you find any issue, please reach out to [email protected]
Updated on 10/15/20
Share
Tweet
Share

Many drugs have possible interactions and relationships to other substances including alcohol, and trazodone is one of those. There are actually two ways to look at the relationship between trazodone and alcohol. The first is in terms of whether or not they can be used together, and if so, what the possible effects are.

There’s another relationship, however, and that’s the use of trazodone for alcohol withdrawal. Both topics are discussed below.

Trazodone is a generic, prescription drug that’s approved for use as an antidepressant by the FDA. It’s technically classified even further within the category of antidepressants as a serotonin antagonist and reuptake inhibitor or an SARI. It’s been around for several decades, and doctors tend to prefer it when other antidepressants don’t work for a patient. It also has fewer side effects than many other antidepressant groups.

In addition to being used as a treatment for depression, there are quite a few extra-label uses for trazodone, such as for the treatment of insomnia and pain from chronic conditions like fibromyalgia.

One of the most common symptoms of trazodone is drowsiness, which is why it is considered a good treatment option for insomnia, and it’s also less addictive than many other options used to help patients with insomnia.

It’s believed trazodone works on serotonin receptor sites in the brain, which is how it helps depression and also helps improve things like appetite and general life outlook.

While trazodone is considered a pretty safe drug in most instances, what about combining trazodone and alcohol?

You shouldn’t mix trazodone and alcohol because it can increase how your body responds to the alcohol. It can increase the side effects of the alcohol so you might feel more intoxicated, like you have a loss of coordination, nauseous, or lightheaded. In fact, trazodone shouldn’t be mixed with any other central nervous system depressants (which alcohol is), because it can also increase the chances of an overdose occurring.

Even with a low dose like trazodone 100 mg and alcohol, it can be very risky to mix the two.

As has been touched on above, trazodone on its own is considered to be an antidepressant drug with a low risk profile, unless it’s combined with another substance such as alcohol.

Trazodone on its own rarely causes overdoses, but with trazodone and alcohol, death can occur, particularly when one or both are taken in large doses.

Trazodone and alcohol death can occur because both can affect respiration and functionality of the central nervous system.

While trazodone and alcohol should never be mixed, trazodone for alcohol withdrawal is becoming an increasingly common treatment option. Alcohol withdrawal can range from uncomfortable to deadly, and symptoms can be severe and include things like seizures. When someone is going through alcohol withdrawal, they often require medical interventions to mitigate the symptoms and get them through it.

Insomnia and sleep disturbances are also incredibly common in people who are detoxing from alcohol as well as other drugs, so trazodone can be helpful.

When someone is withdrawing from alcohol, it can affect a lot of their neurotransmitter levels in the brain, leaving them depleted, which is another reason trazodone can be helpful.

Trazodone, along with not having a high risk of becoming addictive, also isn’t a narcotic, which is why some alcohol treatment programs utilize it.

Of course, while trazodone for alcohol withdrawal is useful, it’s not without side effects some of which can include constipation, drowsiness, dry mouth and something called priapism, which is a persistent and painful erection.

While you should never combine trazodone and alcohol, trazodone can be helpful for alcohol withdrawal symptoms, and it tends to be safer and less addictive than other drugs often used such as benzodiazepines.

How to Taper off Trazodone