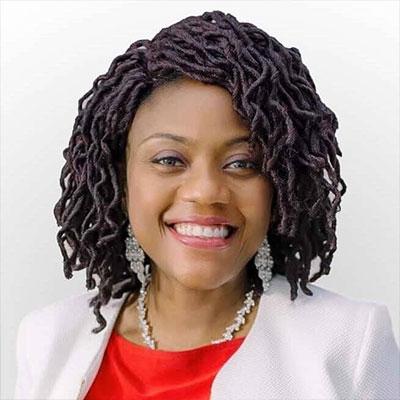 About our Editorial Team
×
This medical web page has been reviewed and validated by a health professional. The information has been screened and edited by health professionals to contain objective information on diagnosis and treatment of diseases. Contains bibliographic reference sources. If you are a healthcare professional and you find any issue, please reach out to [email protected]
Updated on 11/20/20
Share338
Tweet
Share
338 Shares

Heroin is a commonly abused, illegal drug in the United States. A member of the opiate family, it’s derived from the opium poppy plant and made from morphine. Heroin addiction is a rampant disease that claims thousands of lives every year, and it’s only getting worse, as many people use heroin as a last resort drug to feed their prescription painkiller addiction. In the past few years, nearly 80 percent of people attributed their heroin use to prescription opioid use. Therefore, prescription opioid use is one of the risk factors for heroin use.

If you’re addicted to heroin or know someone who is, it’s important to seek help as soon as possible. To better understand how this drug can be treated, it’s important to address the following questions: “What is heroin?”, “Is heroin addictive?”, and “What are The Signs of Abuse?”

Exactly what is heroin? This is a commonly asked question regarding this substance. Known as dope, smack, horse and junk, heroin can appear as a white or brown powder or a sticky substance called black tar heroin. Heroin is an opiate, a natural derivative of the opium poppy plant seed pod, and it elicits feelings of elation and pleasure (a “high”) that people get addicted to. However, the adverse effects of use and abuse are too serious and harmful to ignore.

Although heroin is made from morphine, it changes back into morphine after it enters the brain. After binding to opioid receptors, the areas of the brain responsible for pleasure and mood are triggered. Such areas include the brain stem, which is responsible for controlling important autonomic bodily functions such as blood pressure, breathing and arousal. Heroin can be ingested by snorting it, smoking it or injecting it subdermally (under the skin), intramuscularly (into the muscle) and intravenously (into a vein).

Heroin is such a potent drug that those who use it feel the high relatively quickly. Because of the increase of supply and ease in obtaining it, people from many backgrounds use heroin. Prescription painkillers have become the gateway drug to heroin, so anyone who has been prescribed narcotic medications can be susceptible to heroin use and heroin addiction.

The opioid epidemic has taken the United States by storm, and many people are dying from overdose every day, with a high number related to heroin abuse. Due to the addictive nature of prescription opiates, people who are unable to finance their addiction may resort to heroin use because it produces a more distinct high for less money and is readily available.

When answering the question of “What is heroin?”, another factor to consider is the appearance of this substance. Heroin is available most commonly in a powder form. It can appear white or brown. This color usually varies based on geographic location in the United States. White or off-white powdered heroin is commonly seen in the eastern United States. The variation in colors denotes the purity level of the drug. The whiter it is, the purer and more potent it is in comparison with off-white or brown. Typically, there are more impurities in brownish heroin powder.

Conversely, some heroin is sold as a solid, sticky substance that is typically black in color. Known as black tar or sticky tar, this substance can be hard to the touch. Some powdered heroin may also be found in the West, but it’s typically the more impure, brown variety. The purest forms are odor-free. However, the darker, impure forms of heroin have a slight, pungent smell similar to that of vinegar. Similarly, black tar heroin also has a smell slightly resembling vinegar. If both black tar and off-white heroin are smoked, the smell will intensify, and the vinegar scent will be even stronger.

While pure heroin does exist in the drug marketplace, more often than not, it’s cut with other drugs and substances. This means drug dealers mix in these other substances with heroin so they can sell more of the drug and make a more significant profit. While this process does dilute it, it also makes consuming the drug more dangerous, as it can cause a myriad of effects.

Some substances that heroin is commonly cut with are:

While some of these ingredients are outright dangerous, such as rat poison and laundry detergent, other “safer” materials also threaten the health of the user. For example, caffeine mixed with heroin can mask signs of overdose, causing people who use it to think they should take more. However, this can lead to brain damage or death.

Now that many people who use heroin are aware of the price of this drug in comparison to prescription opiates, demand is at an all-time high. Consequently, the risks of overdose and death are also high as dealers try to meet the demand by cutting heroin with other substances.

Is heroin addictive? Yes. Is recovery possible? Yes. Although it is possible to recover from heroin addiction, it’s not easy. Many people who have tried to beat their addiction have relapsed or returned to it several times after a period of sobriety. Why is overcoming heroin addiction so difficult?

Research shows heroin hijacks the brain, “rewiring” it to think heroin is an essential chemical. The addicted, hijacked brain is singularly focused on getting high at all costs, so much so that individuals go to extreme measures to get that “high.”

Heroin works in the same way as other opioids in that it increases the amount of dopamine released to the limbic reward system, a part of the brain responsible for feeling pleasure. The limbic reward system drives all intense pleasure, such as that related to eating, drinking and sex. When a person uses heroin, however, the drug takes over the limbic reward system, producing a flush of dopamine and a rush of pleasure and euphoria. Following this experience, many people report feeling like they need to seek out the drug again and again. This repeated use of heroin is what drives heroin dependence very quickly. This is also what contributes to heroin addiction.

Detoxing from heroin and heroin withdrawal can be extremely difficult and potentially harmful to the body if not done under proper guidance.

It can be extremely difficult for those who abuse heroin to quit the drug on their own because it affects parts of the brain that control judgment, planning and organization. Heroin abuse also hijacks the brain’s memory systems and motivational systems. This could easily result in a relentless pursuit of the drug for the next high, at any cost.

To add to the challenges, there is a misconception that detoxification and rehabilitation are the same. While detoxification, or the act of getting off of heroin, is a key step in rehabilitation, if someone goes through detox instead of rehab for heroin addiction is likely to relapse.

Treatment typically involves multiple phases of therapy including detox, medication, talk therapy, teletherapy and job support — all-important tools necessary to help the individual fight heroin addiction. It’s essential for a person to detox and undergo rehab if they truly want to recover from heroin addiction. With proper treatment and the right group of people for support, recovery is possible. Having a support system and treatment can help reverse the hijacking effects heroin has on the brain and help people on the way to living a sober life. Is heroin addictive? Yes, but help is within reach if heroin addiction is something you’re struggling with.

Heroin abuse and addiction can affect anyone, regardless of race, gender, age or economic status. There have been many notable celebrity deaths due to heroin overdose. Oscar-winning actor Philip Seymour died from a combination of opioid substances in his body, including heroin. Actor Cory Monteith died at only 31 years of age due to a mix of alcohol and heroin in his system. Comedian and actor John Belushi died at only 33 years of age after taking a speedball, a combination of heroin and cocaine injected with the same syringe.

Overdoses are becoming prevalent all across the country. With 467,000 people using heroin regularly (as of 2014), dependency has doubled in the last 10 years. More than half of the individuals who use heroin are women, and most of them are in their late 20s. While it used to be considered a street drug commonly used in urban areas, the trend has shifted dramatically. Many suburban and rural communities have reported overdose deaths due to heroin use and heroin addiction. People from middle-class and upper-class neighborhoods are now susceptible to the drug that used to once be an issue among those in a lower socioeconomic status. This shift in demographics has shown that heroin use and heroin addiction are becoming widespread and prevalent.

Medical Disclaimer: The Recovery Village aims to improve the quality of life for people struggling with substance use or mental health disorder with fact-based content about the nature of behavioral health conditions, treatment options and their related outcomes. We publish material that is researched, cited, edited and reviewed by licensed medical professionals. The information we provide is not intended to be a substitute for professional medical advice, diagnosis or treatment. It should not be used in place of the advice of your physician or other qualified healthcare providers.