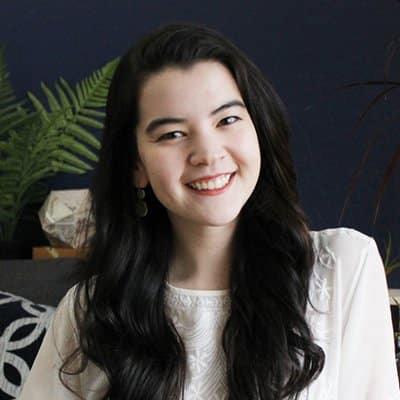 Jessie Lewis started her career at one of Arizona's largest ad agencies, cutting her teeth writing for... read more

Alcohol abuse doesn’t just happen out of the blue. There are situations that an individual may encounter throughout their life that can have a huge impact on whether or not they drink, and to what extent.

A person’s family life, school, peers, and work can all have a significant influence on their drinking habits. Today, we’re discussing the social determinants of alcohol abuse—the risk factors that lead to addiction.

How big of an impact does social influence have on drinking habits?

Scientists have been trying to determine for years if there is an “alcoholic gene” or another marker that would make someone more likely to become dependent on alcohol. The current understanding is that genes influence about half of one’s likelihood to abuse alcohol. The other half comes from the environment that the individual lives in.

Below are some of the key factors that have the potential to influence alcoholism:

A person’s home life plays a huge role in whether or not they’ll struggle with alcoholism.

Parents and older siblings who drink can set the stage for the drinking habits of the children, whether they intend to or not.

If children have early exposure to alcohol, they are also more likely to struggle with the substance later down the line; according to the National Council Alcoholism and Drug Dependence, “those who start drinking before age 15 are five times more likely to develop alcoholism later in life than those who begin drinking at 21.”

On the other hand, parents can decrease a child’s risk of alcoholism by warning them about the dangers of drinking early on. Studies have also shown that children with parental support and a close relationship with their parents are less likely to abuse alcohol.

The school that a student attends can be instrumental in whether or not they begin using drugs or alcohol. And it’s not just at parties. Students who drink may encourage their friends to join in, sometimes even on school grounds. And students with poor social or coping skills may be more at risk for drinking as a way to deal with stress or to fit in.

Traumatic experiences should never be underestimated for victims of any age. According to the National Institute on Alcohol Abuse and Alcoholism, adolescents receiving alcohol abuse treatment report higher rates of physical and sexual abuse than others. In most of the reported cases, the alcoholism developed after the abuse.

When you’re not making enough to make ends meet, things can feel hopeless. You might start to look for relief with alcohol. One of the groups with the highest frequency of alcoholism is unemployed adults between the ages of 26 and 34.

Alternatively, many people drink as a way to wind down after a stressful work day. Work-related stress has a significant correlation with alcohol abuse. Some 6.6% of Americans in full-time jobs report heavy drinking patterns.

According to the National Alliance on Mental Illness, roughly one-third of individuals with a mental illness experience substance abuse. This percentage goes up for those with more several mental illnesses.

While not an obvious social factor, mental health can heavily influence how an individual interacts with the people around them, and how well they can manage in their environment.

When substance abuse disorder occurs in addition to a mental health disorder, it’s called a “co-occurring disorder” or “dual diagnosis.” It’s very common, but many recovery centers are not properly equipped to treat both disorders in an individualized program. At The Recovery Village, we offer dual diagnosis treatment to make sure patients with multiple disorders are given the customized care they need.

How can alcohol abuse be prevented?

Alcoholism is a disease that takes on a life of its own. As it develops, it impairs the individual’s ability to make sound decisions and exert self-control.

That said, the initial decision to drink is usually voluntary. And there are specific factors that can help an individual make the healthy choice.

Below are the “protective factors” outlined by DrugAbuse.gov that tend to correlate with a healthy relationship with alcohol:

How to know if you have a drinking problem

When does casual drinking become problem drinking? Identifying a problem with alcohol in yourself or a loved one can be difficult. Take this short quiz to know for sure.

What Are the Effects of Drinking Alcohol Every Day?
Sleeping Pills and Alcohol
Does Alcohol Affect the Gallbladder?
How to Tell If Someone Has Been Drinking Too Much
How Long Does Alcohol Detox & Withdrawal Take?
See More