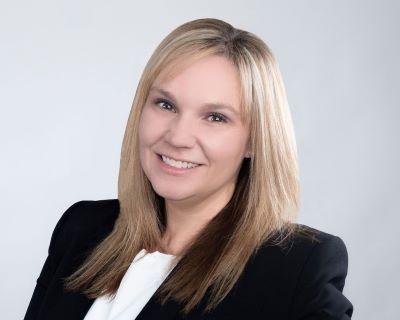 About our Editorial Team
×
This medical web page has been reviewed and validated by a health professional. The information has been screened and edited by health professionals to contain objective information on diagnosis and treatment of diseases. Contains bibliographic reference sources. If you are a healthcare professional and you find any issue, please reach out to [email protected]
Updated on 05/21/20
Share5
Tweet
Share
5 Shares

Alcohol and Tylenol are very common substances, but what happens if you use them together? People frequently wonder if you can mix alcohol with a pain reliever like Tylenol. The short answer is no, you shouldn’t. But, but what else should you know? Why can it be harmful or even deadly to mix the two? Below is an overview of what Tylenol is, how it works, and why mixing it with alcohol can be so harmful.

Tylenol is the brand name for acetaminophen, an over-the-counter (OTC) pain and fever reducer. It’s one of the most commonly used pain medicines in the world and can be used to treat everything from headaches to arthritis. Acetaminophen is also an ingredient in other combination products available as prescriptions and over-the-counter.

There are many different forms of Tylenol on the market including Tylenol Children’s, Tylenol Extra Strength, Tylenol Cold and Flu, Tylenol Allergy, Tylenol PM, and others.

How Does it Work? Is it Safe?

Acetaminophen is classified as a non-opioid analgesic. It blocks an enzyme that produces prostaglandins, which create pain and inflammation. It’s different from NSAIDs, like aspirin, because it doesn’t reduce swelling and inflammation. It can also be used for the treatment of migraines, and it’s often combined with aspirin and caffeine in the drug Excedrine.

Despite how widely used Tylenol is, and the fact that it’s considered relatively safe, there is the potential for an acetaminophen overdose. People who take more than the maximum dosage of Tylenol, which is usually 3,000 milligrams in a day, may experience severe side effects including liver damage, acute liver failure, or death. The dose should never exceed 3,000 mg per day unless advised by a physician.

For the most part, acetaminophen overdoses are accidental. People simply don’t realize how much they’re taking and how severe the side effects can be.

Can You Mix Alcohol and Tylenol?

To put it simply, if you’re asking “can you mix alcohol and Tylenol,” the answer is no.

The standard guideline is that if you’re taking acetaminophen, you should have no more than three drinks in a day, but many physicians and pharmacists will recommend avoiding alcohol altogether. This is because the risks are so high.

For example, a standard serving size of alcohol tends to be much smaller than what most people would think. With wine as an example, a standard drink is only five ounces. It’s very easy to go over what’s meant as the guideline for moderate drinking and put yourself at risk as a result.

The Risks of Mixing the Two Substances

There are enzymes found in your liver that are responsible for breaking down substances that enter the body. If you drink, it can make it more difficult for your liver to break down and process the Tylenol. When this happens, you’re at risk for severe liver damage. This risk goes up as you take more of the pain reliever or drink more alcohol.

When you experience liver damage, it can reduce the functionality of this vital organ and it can also lead to pressure in the brain, and abnormal bleeding or swelling.

Symptoms of liver damage can include yellowing of your skin or the whites of your eyes, pain in the upper right portion of your abdomen, swelling of the abdomen, loss of appetite, nausea, vomiting, tiredness, and sweating.

Some people are at a higher risk of liver damage than others. For example, people with existing liver damage should not use or combine the two substances. Also, binge drinkers or heavy drinkers should avoid Tylenol.

Summing Up: What To Know About Alcohol and Tylenol

It can be harmful to mix alcohol and Tylenol.