Home Percocet Addiction What is in Percocet: Oxycodone / Paracetamol Combination

What is in Percocet: Oxycodone / Paracetamol Combination

About our Editorial Team
Medically Reviewed By Frances Antoinette Aguilar 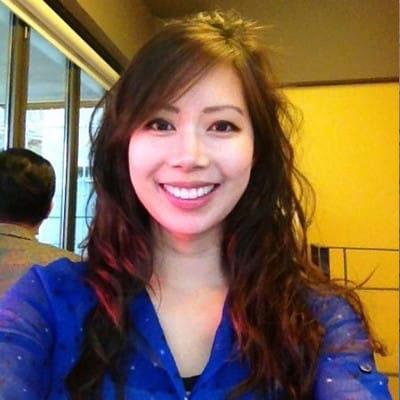 With over 11 years experience in academic, hospital, and ambulatory... read more

About our Editorial Team
×
This medical web page has been reviewed and validated by a health professional. The information has been screened and edited by health professionals to contain objective information on diagnosis and treatment of diseases. Contains bibliographic reference sources. If you are a healthcare professional and you find any issue, please reach out to [email protected]
Updated on 01/27/20

There has been significant national and even international attention on prescription drugs, particularly when they are classified in the opioid category.  Opioids include prescription drugs used for pain like Percocet and Vicodin, as well as illicit street drugs like heroin. People often have questions about these drugs like what’s in Percocet.

It’s important to educate yourself about these details of these drugs, particularly if you’ve been prescribed one, or you think a loved one who is abusing these drugs.

What is in Percocet? It’s a combination of oxycodone and paracetamol, which is the generic name of a drug found in Tylenol and also called acetaminophen.

Oxycodone is an opioid that is considered semi-synthetic because it’s chemically manufactured but is derived from an alkaloid found in the opium poppy. Oxycodone is considered relatively powerful among narcotic pain relievers and was first developed in Germany in 1917 as a way to improve the opioids that were available at the time.

Opioids, in general, create a euphoric high when people take them and this includes prescription drugs like oxycodone. When you take oxycodone, which is the primary active ingredient in Percocet, particularly at higher doses, you will often not only experience euphoria but also relaxation and general feelings of well-being.

In addition to euphoric feelings, taking opioids changes the way you perceive pain and this class of drugs also depresses the respiratory system because of the effects on the central nervous system.

Opioids have a high potential for addiction and abuse because once you’ve experienced the high they create, your brain’s reward system wants to repeat that stimulus that led to the feeling. Even when people are taking prescription opioids like Percocet, there is the possibility they can become addicted to them.

There’s also the issue of physical dependence with Percocet and other opioids. Eventually, your brain and body start to feel as if the presence of the Percocet is normal, and not having it is abnormal. This development of tolerance means when you don’t take it your body goes into a type of shock. This is why some people experience withdrawal symptoms.

Percocet also contains paracetamol, known as acetaminophen. This is a non-prescription and noncontrolled substance that is the primary active ingredient in over-the-counter drugs like Tylenol.

Acetaminophen effects the COX and prostaglandins in the brain, which are chemicals. When someone takes acetaminophen, it impacts these brain chemicals and so the prostaglandins that cause pain are no longer being produced. Therefore, it reduces pain as well as fever but differently than opioids.

When someone takes Percocet, they are getting the pain-killing advantages of both substances. Acetaminophen stops the production of prostaglandins that cause pain and oxycodone relieves pain felt in the nervous system. At the same time, there is a narcotic effect of oxycodone as well as the pain-relieving effects, and this is when the oxycodone creates endorphins that don’t eliminate pain but instead mask how it’s felt. Using Percocet for a long time can cause the body to be tolerant to the drug. As a result, the body will need higher or more frequent doses of Percocet.

So, what’s in Percocet is a combination of two primary active ingredients: oxycodone and acetaminophen or paracetamol. It is a powerful painkiller, but it does have several risks associated with its use as well. In addition to the risks affiliated with opioids in general, the excessive use of acetaminophen can cause liver damage as well.

It’s important for people to know what’s in Percocet before taking it to understand how it works and the risks.

Have more questions about Percocet abuse?