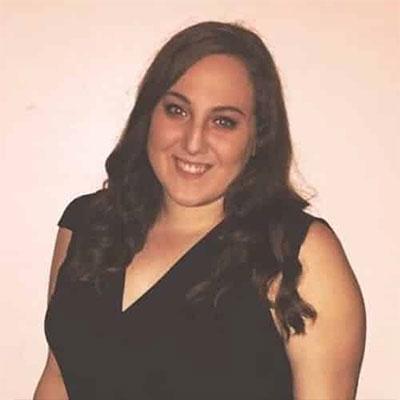 Hailing all the way from Long Island, Jess Freda is a journalism graduate who aims to fight the stigma against mental health in two... read more

In recent years, mental health has become a more commonly discussed issue throughout the United States. However, between the continued stigma and the lack of resources available to some people, receiving help for a mental illness can be a difficult task. However, people who are a part of a minority group may find that getting help for their mental health is harder to obtain. To bring awareness to the challenges minorities face when it comes to mental health issues, the U.S. House of Representative announced that July will be Bebe Moore Campbell National Minority Mental Health Awareness Month. Because mental health issues are not discriminatory, it’s important to remind the public that mental illnesses can impact all Americans, regardless of race, religion, gender or sexuality.

Who Is Bebe Moore Campbell?

Bebe Moore Campbell was more than just the co-founder of NAMI Urban Los Angeles. She was a strong advocate for minority groups who struggled with mental illnesses and worked hard to end stigma so people who needed help would not be fearful of seeking it. After receiving NAMI’s Outstanding Media Award for Literature in 2003 for her work in the mental health field, Campbell decided to take her advocacy to a new level. Campbell and her friend Linda Wharton-Boyd joined forces to dedicate an entire month to their efforts.

The pair traveled nationwide and held events to teach the importance of mental health care and how common it is among minority groups. Sadly, Campbell discovered that she had a brain tumor and her work with mental health was put on hold. After her passing in 2006, Wharton-Boyd continued on with initiative with friends and family of Campbell. After the continuation of Campbell’s hard work, an official minority mental health awareness month was declared in 2008 as the month of July.

Research conducted by Huffington Post and Mental Health America uncovered that minorities with mental health issues suffer differently than their majority counterparts. The research found that:

Why Is Treatment Minimalized for Minorities?

America works to be accepting of each person’s ethnicity, but for minorities who seek treatment for their mental illness, the acceptance is not always enough. According to research conducted by the National Alliance on Mental Illness (NAMI), accessibility and quality of treatment for minorities differs from treatment options for Caucasians. Overt racism and casual discrimination still remain factors that minorities deal with, but there are also language barriers that can make it difficult for providers to communicate with minority patients. Without minority staff members available, some minorities may not have the ability to properly discuss their mental health issues with a professional, along with the possibility of feeling uncomfortable, due to language barriers.

Another factor in the lack of treatment for minorities is the focus on the stigma around mental health. NAMI found that in minority communities, there is often a common belief that mental health treatment doesn’t work. Stigma can keep people from coming forward about their mental health issues out of fear of being judged by their community, friends, or family. Cultural and religious beliefs in a minority group may keep some from confronting their illness. When a medical professional is unaware of the religious beliefs or traditions of a minority group, it can make it harder for some people to receive effective care.

How to Help Further Minority Treatment

While the stigma around mental illness can be intimidating, regardless of ethnicity, it is important to never let it stand in the way of mental health. Treatment is important for various reasons:

NAMI has come up with a variety of ways that can be effective in advancing the quality of care minority groups receive. These ways include:

Mental illness is not exclusive. It can be experienced by anyone, regardless of their size, age, gender or ethnicity. It is important to continue to educate the public on the importance of mental health care in general and particularly within minority communities.