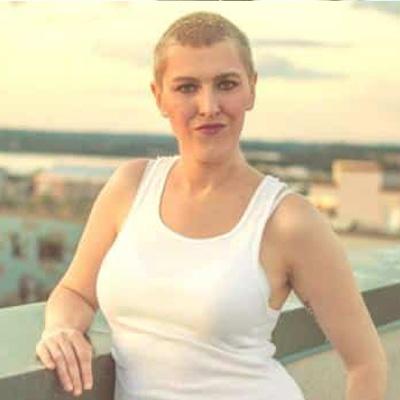 Liz Lazzara is a freelance writer and editor living and working in Boston, MA. She is working on three large... read more

The $6.3 billion bill, known as the 21st Century Cures Act, was a bipartisan effort to speed up drug development, address mental health care, and fight the opioid epidemic in 996 pages of legislation.

The bill was approved by the House of Representatives on July 10, 2015. It passed the House on November 30, 2016, passed the Senate on December 7th, and was signed into law on the 13th —all after President Donald Trump had been elected.

At the bill-signing ceremony, Obama was introduced by former West Virginia Senator David Grubb, who described first meeting the president in Charleston, where Grubb told Obama about his daughter Jessie’s battle with heroin addiction. At the time, Jessie was in recovery; however, she passed away in March after being given oxycodone following surgery, despite telling doctors that she was recovering from a heroin use disorder.

Following Grubb was former Vice President Joe Biden, who discussed the “Beau Biden Cancer Moonshot” initiative on the bill, and Obama, who summarized the 21st Century Cures Act and thanked all of the politicians and lobbyists that helped pass the bill.

But what exactly is the 21st Century Cures Act and what are its ramifications? Let’s take a look at the legislation and what it will mean for mental health care.

First, this legislation is going to combat the heroin and prescription opioid epidemic that is ravaging too many families across the country. This is an epidemic that can touch anybody—blue-collar, white collar, college students, retirees, kids, moms, dads. I’ve had the chance to meet people from every stage of recovery who are working hard to sustain the progress that they’re making. And I’ve met parents like the Grubbs, who work tirelessly to help a child struggling with addiction. It could not be clearer that those of us called upon to lead this country have a duty on their behalf—that we have to stand by them; that, all too often, they feel as if they’re fighting this fight alone instead of having the community gather around them and give them the resources and the access and the support that they need.Former President Barack Obama (December 13, 2016)

These are the three arms of the 21st Cures Act:

Discovery refers to the $4.8 billion given to the National Institutes of Health to research genetic, lifestyle, and environmental diseases, to support Joe Biden’s “Cancer Moonshot” initiative to speed research for a cure, and to invest more funds in the Brain Research through Advancing Innovative Neurotechnologies (BRAIN) Initiative to investigate diseases like Alzheimer’s.

Development refers to advancing new therapies for patients through many avenues, such as:

Delivery refers to making sure that anything gained in the Discovery and Development branches is available to patients when they want and need it.

The Impact on Mental Health and Substance Abuse

The 21st Century Cures Act will reform many aspects of mental health care, including:

The bill also requires every state to use at least 10% of their mental health block grants on early intervention for psychosis by providing psychotherapy, medication, and services to help people stay in school or at their jobs. It also provides education and support for patients’ families.

It also grants $5 million for assertive community treatment, which provides the same kind of intensive, 24/7 care that you would get in a hospital, but the setting is community-based, much like AOT.

When you look at the gains for pharmaceutical companies, government agencies, and political constituents of all walks of life, it’s no wonder that the 21st Century Cures Act passed so quickly. We can only hope that everything it outlines comes to fruition just as easily.

Suicide Rates in Young Girls On The Rise

What Kate Spade’s Death Says About Mental Health in America

The Freshman Fifteen: 15 Steps to a Healthy You
See More