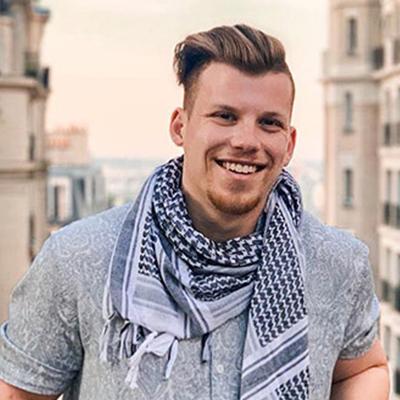 About our Editorial Team
×
This medical web page has been reviewed and validated by a health professional. The information has been screened and edited by health professionals to contain objective information on diagnosis and treatment of diseases. Contains bibliographic reference sources. If you are a healthcare professional and you find any issue, please reach out to [email protected]
Updated on 01/20/20
Share
Tweet
Share

Possession of fentanyl without a prescription, or in excess of an individual’s prescribed amount, is illegal. Illegal possession of any of fentanyl’s pharmaceutical forms can lead to arrest, driver’s license suspension, criminal prosecution, fines, and other legal ramifications.

Fentanyl is a synthetic, opioid-derived, prescription painkiller with euphoric and addictive qualities. Fentanyl is considered to be one of the most potent and most dangerous prescription painkillers. Despite its risks, because of fentanyl’s medical applications, the United States Drug Enforcement Administration (DEA) classifies fentanyl as a schedule II substance. This classification denotes a high potential for misuse, along with psychological and physical dependence. Criminal penalties related to the distribution and possession of Schedule II controlled substances like fentanyl, without a prescription, or in excess of prescribed amounts, are largely determined by the quantity of the substance possessed by an individual at the time of arrest and vary widely from state to state.

Regardless of the range of penalties unique to each state, fentanyl possession without medical authorization is universally illegal throughout the United States.

Fentanyl is legally available in the United States in a variety of forms and brands with a prescription from a licensed physician. However, without a prescription, it is a serious crime to possess, use and distribute fentanyl. Additionally, possessing expired medication or more than the prescribed amount are considered by both state and federal governments to be unlawful possession of a controlled substance.

People charged at the state level for fentanyl offenses can face misdemeanor penalties for small quantities or felony charges for large quantities, trafficking, and prescription fraud. These penalties are primarily dictated by the quantity of the substance in a person’s possession, the way the substance came into the person’s possession and the intent of possession. Misdemeanor convictions often result in probation, fines or short periods of incarceration. Felony offenses typically include more severe repercussions, such as up to 10 years in prison and excessive fines, depending upon the severity of the specific offense.

More serious offenses, such as trafficking, are subject to federal prosecution and enhanced penalties. Fentanyl trafficking offenses, which violate the Federal Controlled Substances Act, carry a financial penalty of between $1 million and $50 million, and an incarceration period of up to life in prison. Repeat offenses can lead to additional financial penalties of between $2 and $75 million, alongside additional concurrent life sentences in prison.

Caught Without My Fentanyl Prescription

Fentanyl Prescription in a Bottle

In states where these laws exist, it is only legal to possess a prescription outside of its original container if the drug was removed for consumption. Therefore, an individual should not store prescribed controlled substances in bags, pockets or any other storage device other than the original bottle with the proper prescription label.

Caught and Not My Fentanyl Prescription

Throughout the United States, possession of a controlled substance is illegal without a prescription. Obtaining fentanyl that was not directly prescribed to that person by a physician is a criminal offense that carries severe legal repercussions.

In the state of Florida, for example, the unlawful possession of fentanyl is a third-degree drug felony, which includes penalties of up to five years in prison, a mandatory five-year-long probation period and a financial penalty of up to $5,000.

Getting Caught with Street-Style Fentanyl

While fentanyl is commonly understood as a prescription drug, throughout the last few years, fentanyl from China and Mexico entered the United States.

Possession of street-style, counterfeit or analog forms of fentanyl are criminal offenses with legal consequences.

Getting Caught High on Fentanyl

Outside of the penalties that exist for the possession, sale, and trafficking of fentanyl, there are a series of criminal offenses related specifically to the illegal use of fentanyl without a prescription or medical purpose. For example, in the state of Colorado, the illegal use of a controlled substance like fentanyl is considered a level 2 misdemeanor, with a maximum penalty of 12 months in prison and a $750 fine.

Fentanyl use detected by random drug test programs for individuals who are in pretrial intervention programs can result in more severe criminal penalties than those of the original offense.

In the event of a failed drug test while on probation or other drug conditions, an individual may face excessive legal and financial penalties.

Key Points: Getting Caught with Fentanyl

Keep in mind the following key points regarding being caught with fentanyl in your possession:

How Do I Know If Someone Is On Opiates?
See More

Opioids: A Painful Problem for the NFL

Is Your Medicine Cabinet Contributing to the Opioid Epidemic?
See More