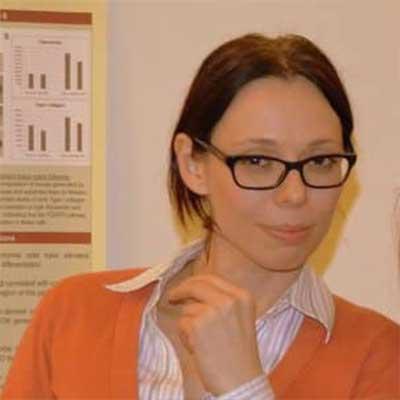 About our Editorial Team
Medically Reviewed By Kevin Wandler, MD

Kevin Wandler holds multiple positions at Advanced Recovery Systems. In addition to being the founding and chief medical director at... read more

About our Editorial Team
×
This medical web page has been reviewed and validated by a health professional. The information has been screened and edited by health professionals to contain objective information on diagnosis and treatment of diseases. Contains bibliographic reference sources. If you are a healthcare professional and you find any issue, please reach out to [email protected]
Updated on 11/06/20
Share
Tweet
Share

Like many prescription medications, tizanidine can be addictive. Some people deliberately misuse the medication, while others may develop an addiction over time. Tizanidine is an FDA-approved medicine for the management of spasticity caused by:

It is also used in the management of pain associated with:

Tizanidine medication is an off-label prescription used as an anticonvulsant for the management of migraine headaches and insomnia.

Tizanidine abuse is possible due to its fast action on pain. A study to compare the muscle strength of Tizanidine and other approved skeletal muscle relaxants showed that there was increased improvement with Tizanidine.

It is an antispasmodic prescription drug that is taken orally at specified intervals of time to treat symptoms related to multiple sclerosis, stroke, spinal and brain injury. In simple terms, Tizanidine is a sharp pain-relief medicine that is acquired only with a doctor’s prescription.

Symptoms that may warrant Tizanidine use may be the result of:

What Is Tizanidine Used For?

Spasm and muscle tone are common in people who have experienced a stroke, multiple sclerosis, brain or spinal injury. Since the body functions abnormally during contraction and muscle tone, Tizanidine is used to slow down the brain and nervous system action so that the muscles can relax.

Other uses for Tizanidine include treatment for:

Tizanidine can also be used as part of a detoxification regimen in rebound headaches caused by analgesic withdrawal.

Though Tizanidine isn’t a narcotic, it can be addictive. You can’t get self-prescribe or over-the-counter Tizanidine due to its addictive nature. Instead, it is available with a doctor’s prescription. All medical instructions should be followed closely. Most medicines that act on the central nervous system (brain) have withdrawal effects when stopped immediately.

Tizanidine withdrawal can be managed by restarting and gradually reducing the dosage until the cessation of the medication.

You might be wondering how Tizanidine is addictive. When Tizanidine is taken more than 35 mg within 24 hours for more than two weeks, you risk the chance of being addicted to it. High doses of Tizanidine range from 20 mg to 36 mg daily.

If you are taking Tizanidine in high doses for more than nine weeks, it is advisable not to stop without professional help due to:

Tizanidine recreational use is rising by the day, and most people combine it with other narcotics to achieve the feeling of a Tizanidine high. The high feeling usually lasts for a shorter time, and this may lead to a person taking more doses to stay high.

Tizanidine is sometimes misspelled deliberately or unknowingly. Sometimes people misspell it to hide the fact they are using the medicine incorrectly or illicitly. Common misspellings or variants include:

Tizanidine is made up of active and inactive ingredients to form a muscle relaxer that is effective for many patients. The ingredients found in Tizanidine can cause liver damage, especially if you have liver problems.

Tizanidine side effects are present after the medication is abruptly stopping. Most Tizanidine warnings are related to withdrawal of the medicine. Related warnings include:

According to NIH, cases reported of Tizanidine addiction often end with withdrawal symptoms when the medication intake is stopped. Addiction happens when the daily average dose of Tizanidine exceeds 20 to 36 mg. You can tell you are addicted to medicine when symptoms follow after cessation of consumption.

The dosage of the medicine is reduced gradually over time until it is stopped to avoid withdrawal symptoms.

If you or someone you know is addicted to Tizanidine or other prescription medications, help is available. Call The Recovery Village to learn more about treatment options for addiction and co-occurring mental health disorders.