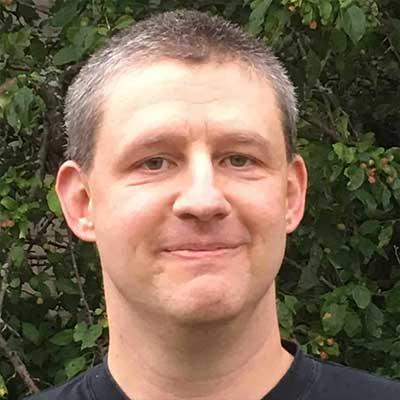 Patrick is a nationally-certified Family Nurse Practitioner who primarily works with adult patients with... read more

About our Editorial Team
×
This medical web page has been reviewed and validated by a health professional. The information has been screened and edited by health professionals to contain objective information on diagnosis and treatment of diseases. Contains bibliographic reference sources. If you are a healthcare professional and you find any issue, please reach out to [email protected]
Updated on 01/28/20

Morphine is perhaps the most well-known pain deterrent in the world. Derived from the opium poppy plant, this opiate medication has been used to treat chronic pain for hundreds of years. Its pain-relieving effects can last for upward of seven hours, making it the preferred choice for many procedures from labor pains to severe heart-and-respiratory complications. Researchers and physicians use morphine as the benchmark by which they measure and study other opioids.

Illicit use of morphine is common. It can be used to achieve a high in large doses. Morphine can be chemically transformed into heroin. Among their many similarities, morphine and heroin are believed to have the same potential of addiction. Its ability to produce one of the most euphoric highs of any opioid, prescription or otherwise, makes morphine particularly susceptible to medical misuse and recreational use.

Morphine is among the chief contributors to the opioid epidemic sweeping across the United States. The capacity to abuse the medicine is high, as is also the case for its offshoot drugs like heroin and oxycodone.

There is no question that morphine has a vital role in the field of medicine but, when misused, the medicine has the potential to produce life-threatening symptoms and cause overdose deaths.

Can You Overdose on Morphine?

More than 4,000 people lost their lives to morphine overdoses in 2014. Overdoses from heroin are generally more common occurrence, but it can be difficult to differentiate between the two. Heroin metabolizes into morphine to bind to receptors in the brain. Thus, some morphine overdoses can be mistaken for heroin overdoses.

Morphine overdoses are a possibility if the proper precautions are not taken. The amount it takes to overdose might not be what you’d expect.

Morphine is administered in two main varieties depending on the patient’s needs and opioid tolerances. These types include immediate-release and extended-release prescriptions. Each of these comes with a recommended dosage. For the immediate-release type, this amount is 15 to 30 mg every four hours. Extended-release tablets come out to a bit less — 30 mg in 24 hours — to avoid excessive or unwanted sedation.

According to medical professionals, the lethal dosage of morphine comes in at only 200 mg. However, this number can be as low as 60 mg if the patient lacks the aforementioned tolerance to morphine. This quality means that only three to four normal doses can be enough to cause an overdose.

Additionally, there are several recreational methods of misusing morphine that can lead to an overdose even faster. Many users have been known to mix morphine with depressants such as alcohol. This slows the nervous system’s ability to maintain basic bodily functions such as breathing or pumping blood to organs. Another danger resides in how the morphine is used in these instances. Crushed morphine can lose its extended-release buffer, allowing for a faster, more hazardous absorption into the bloodstream.

1)  Comatose-like behavior: people may slip into a state of unconsciousness.

2)  Pinpoint pupils: one or both eyes may exhibit erratic behavior or have tiny pupils that do not react to light.

3)  Slower respiration rate: morphine overdoses can lead to pulmonary edema, the filling of the lungs with fluid, which is a leading cause of death for such an overdose. For this reason, monitoring breathing is essential.

More overdose warning signs that should never be ignored include limpness, the inability to speak, itching, pale skin, a bluish complexion on lips and fingernails, nausea and confusion.

If a morphine overdose is suspected, call 911. Morphine overdose often requires special treatment. If you have access to the opioid-antagonist drug called naloxone, do not hesitate to administer to counter the overdose. The compound suppresses an overdose by binding to the same receptors as morphine in the central nervous system.

Always be sure to let EMTs and police officers know that opioid use is suspected. They have a much greater chance to save a life if they know what they’re dealing with.

If you’re worried about your morphine use or know someone dependent on this drug, reach out to The Recovery Village. A representative is always available to take your call, answer your questions and guide you in finding treatment. Calling is free and there is no obligation to enroll.

Have more questions about Morphine abuse?