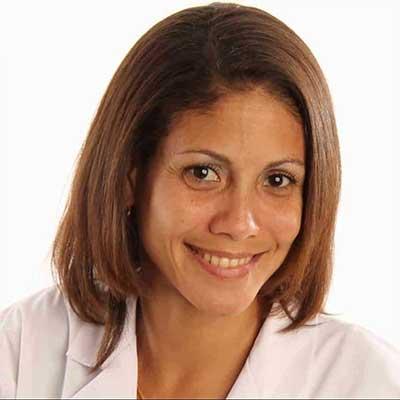 Dr. Karen Vieira has a PhD in Biomedical Sciences from the University of Florida College of Medicine... read more

It’s estimated that 4.7% of adults in the U.S. will experience panic disorder at some point in their life. It is important to understand the facts about panic disorder and the myths associated with this condition.

Myth 1: Panic attacks and anxiety are the same thing

Fact: Panic attacks can occur without a trigger such as anxiety.

Anxiety is the feeling of uneasiness, nervousness or overwhelming apprehension over perceived threats or the belief that one cannot cope with such threats. Nearly everyone experiences anxiety at some point in their life, usually due to work, school or having to make a big decision. Just because someone has anxiety does not mean they will have a panic attack.

Anxiety that is uncontrolled and gets worse over time, interfering with daily activities, can be classified as an anxiety disorder. Panic disorder is a type of anxiety disorder that specifically causes panic attacks. These attacks can be triggered by certain situations or they can occur unexpectedly. The symptoms associated with panic attacks can be severe and feel like an actual heart attack or impending doom. A person who has panic attacks may have excessive worry related to any future attacks. This can influence certain behaviors such as the avoidance of places or situations that are perceived as possible triggers.

*It should be noted that not all anxiety disorders cause panic attacks.

Fact: Fainting during panic attacks is pretty rare. More often, fainting can be attributed to another health condition.

Fainting is often the result of the vagus nerve or carotid artery being compressed and the brain briefly losing oxygen, thus resulting in a loss of consciousness, better known as fainting. Fainting can be related to a number of medical conditions or situations such as:

Fainting can be seen with panic attacks, though it is rare. Typically there are a variety of other more common panic attack side effects. No one panic attack is the same. The general consensus is that panic attacks feel terrible as multiple symptoms can occur at the same time in just a matter of minutes. The series of symptoms that occur are similar to the fight-or-flight response. Typically, the fight-or-flight response is a normal reaction to fear or danger that automatically kicks in when a person feels threatened or senses impending danger. It triggers stress hormones that cause specific symptoms such as increased heart rate and breathing, sweating and tensed muscles. During a panic attack, a person will have similar symptoms even though no actual danger is present. Fainting can only occur during a panic attack if oxygen levels get low enough for a person to lose consciousness, such as with prolonged hyperventilation.

Fact: Panic attacks can feel terrible, but are not life-threatening.

Panic attacks are often described as one of the most frightening experiences a person can have. The symptoms can become so severe that a person mistakenly thinks they are having a heart attack. In spite of the severity of such symptoms, most panic attacks can last anywhere from 15 seconds to 30 minutes or longer. Here are some common symptoms associated with panic attacks, including:

The symptoms of a panic attack can occur without warning and can happen anywhere — at work, in class or at the store. Panic attacks can even wake you from sleep. It’s important to remember that even though panic attacks are very frightening, they are not life-threatening. However, the stress hormones involved in the various symptoms of a panic attack can increase inflammation in the body. Therefore, when panic disorder is untreated and panic attacks occur frequently, this can affect a person’s overall health. Similar to the effects of chronic stress, some negative effects could include increased blood pressure and the buildup of fat tissue, leading to weight gain.

Myth 4: Panic attacks are an overreaction to stress or anxiety

Fact: Panic attacks can happen to anyone at any time, often unprovoked and without warning.

Medical professionals do not know the exact cause of panic disorder. Like other anxiety disorders, there are certain factors that can increase your risk. Difficult childhood experiences such as abuse, neglect or the loss of a loved one can trigger an anxiety disorder. Current difficult issues or problems in life such as losing a job, losing a loved one, money problems and intense stress levels could also be a trigger.

Fact: Deep breathing helps some people to cope during a panic attack, but it doesn’t stop the attack.

These particular coping methods encourage thought outside the frightening experience of panic. Practicing breathing exercises, having something that smells strong, or having something soft to hold on to can act as a sort of distraction for some people until the worst of the experience is over. These methods may not work for everyone, but are worth trying, especially for those who are having frequent panic attacks.

There are certain lifestyle changes some have adopted to reduce the frequency of panic attacks. Some of these changes include the avoidance of substances known to contribute to panic attacks such as caffeine, recreational drugs and smoking. In an effort to reduce stress levels, some have taken up meditative activities such as yoga or other forms of regular physical activity. It can be difficult for some to get enough sleep when panic attacks are an issue, but practicing good sleep hygiene, such as turning off electronics a few hours prior to bed or having a regular bedtime and routine, can help regulate sleep cycles. Many individuals find support groups to be of great comfort, especially when there are other individuals with the same problem who can share firsthand advice on coping mechanisms.

Myth 6: Individuals with panic disorder will be medicated the rest of their life

Fact: Medication can be used to treat panic disorders but each individual is different and not all require medication.

Each person deserves to be treated as an individual, especially when it comes to healthcare. No one treatment is going to work for everybody. For those who struggle with panic disorder, it is important to follow up with a qualified therapist who can help identify an appropriate treatment plan. Not every treatment plan will include medications; this will be decided by the therapist and the individual.

It’s true that some of the most common forms of treatment include medications, but being given a prescription once doesn’t mean it’s long term. Certain medications are used to help control the anxiety and symptoms related to panic disorder. These include benzodiazepines, beta-blockers or selective serotonin reuptake inhibitors. Some medications can cause dependency, so their use may be temporary.

Other non-prescription treatment options for panic attacks are available, such as psychotherapy. Psychotherapy can provide valuable education about and support for panic attacks, and may include relaxation and imagery techniques. Another form of therapy that has been shown to be helpful is cognitive behavioral therapy. This form of therapy involves the modification or elimination of harmful thought patterns and behavioral therapy that focuses on techniques for relaxation or breathing. These forms of therapy help to break the thought cycle often involved with recurrent panic attacks.

Myth 7: People having a panic attack lose all control

Fact: People having a panic attack may feel out of control but that is not the same as losing control.

The thought of losing control is a looming fear for many who suffer from panic attacks or panic disorder. In reality, the person does feel like they have lost control. People describe what a panic attack feels like in different ways. Some may feel a sense of doom, or be unable to breathe or swallow. Some people report hearing or feeling their heart pounding, or experiencing cold chills and tunnel vision. Others express feelings of dizziness and sweating.

These types of symptoms are common with panic attacks, and their involuntary nature can make a person feel out of control. This is where certain forms of therapy can prove to be very helpful. What may start off as one symptom or emotion often escalates as the person responds and increasingly becomes anxious. This can very quickly turn into a full-blown panic attack. Breaking the thought cycle with new and reasonable thoughts (even though they may feel forced) can be helpful. Instead of saying “My heart is pounding, oh no, I’m going to have a panic attack,” individuals are encouraged to say something like “I’m only a little nervous, it will go away soon. Let me try breathing slower and counting.” This may take a lot of practice, but many have found these techniques to be helpful.

Fact: Some treatment methods encourage the introduction of triggers to decrease sensitivity.

Some people may choose to avoid triggers, but it’s not the only way of coping with panic attacks. Some therapists, with the patient’s permission, may choose to treat panic disorder with exposure therapy. This may seem like the exact opposite of what you should do, but continual avoidance means the fear is still present and can give rise to future attacks. This type of therapy focuses on the management of known fears. If an individual with panic attacks can identify their triggers or fears, a therapist can gradually expose them to situations or ideas that cause them anxiety.

Exposure therapy can help individuals overcome the dread of certain situations in a safe and controlled environment. There are many types of exposure therapy:

The goal of exposure therapy is to reduce irrational thoughts and feelings associated with fears. The resultant desensitization can allow an individual who struggles with frequent panic attacks to feel more in control and with practiced methods to improve their response to triggers. Panic attacks and panic disorder don’t have to be a life-sentence. With the help of a skilled therapist, and patience, the outlook is positive.

If you or someone you love struggles with panic attacks and has formed a dependency on prescribed or other substances, call The Recovery Village to learn more about treatment options. A representative can discuss a care plan that fits your needs. Help is available, you don’t have to live in fear.

How to Help a Friend With Panic Disorder

Coping with a Panic Attack

What Does a Panic Attack Feel Like?
See More