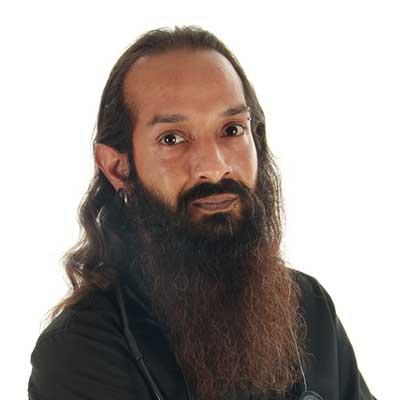 Dr. Navin Ramchandani is a Medical Doctor, Diagnostician and Owner of... read more

Narcolepsy is a type of neurological sleep disorder whereby the brain cannot regulate sleep-wake cycles. People suffering from narcolepsy are known to fall asleep at inappropriate times, like while having a conversation, driving or eating a meal. Recent clinical and epidemiological studies provide a better understanding of narcolepsy with the most up-to-date narcolepsy facts and statistics.

How Common is Narcolepsy?

The prevalence of a disease is a measure of how common that disease is in a given population. Narcolepsy affects 1 out of 2,000 Americans and 3 million people worldwide. Interestingly, this disorder is more prevalent in Japan, where roughly 1 out of 600 people suffer from narcolepsy.

The onset of narcolepsy typically occurs between the ages of 10–30 and impacts men and women equally.

Narcolepsy is thought to be caused by both genetic and environmental factors related to the immune system, though its specific cause is unknown. Some of these factors differ based on the type of narcolepsy.

Currently, there are three different types of narcolepsy. The two most common forms of the condition differ based on a condition known as cataplexy. A third type, known as secondary narcolepsy, can develop after a brain injury.

A study from 2016 found that of patients with a confirmed narcolepsy diagnosis, almost 50% were misdiagnosed. This study demonstrates that there is a desperate need to improve diagnostic criteria for the disorder. A misdiagnosis of narcolepsy has long-term implications, such as limited employment options, unnecessary use of prescriptions, insurance-related issues and inability to drive. To accurately diagnose narcolepsy, medical professionals must take a detailed medical history, conduct a physical examination and recommend a sleep study.

Various sleep study tests are used in the diagnosis of narcolepsy. The most common tests include:

Narcolepsy has a specific set of signs and symptoms, causes, diagnosis and treatment, some of which overlap with related conditions. Some of these associated conditions include:

Driving with narcolepsy can pose a serious safety risk to oneself and others if the disorder is not properly managed. The Nexus Narcolepsy Registry determined that while 94% of narcoleptics used their prescribed narcolepsy medication, almost 35% were involved in at least one motor vehicle accident. In the United States, different states have different rules about driving with narcolepsy.

Currently, there is no cure for narcolepsy, nor do symptoms of the condition dissipate over time. However, scientists and medical professionals are actively conducting research and sleep studies to better understand this disorder.

A recent study profiled blood from narcoleptic patients and found an elevated immune response in these individuals. Another study involving rodents suggested that certain components of the immune system were attacking proteins necessary for hypocretin response, leading to narcoleptic symptoms in these mice. This data further supports the crucial role of the immune system in narcolepsy.

According to Harvard Health, the prognosis for narcolepsy is bleak if the disease is not managed correctly, namely because narcoleptics are at a much higher risk for work-related injuries or motor vehicle accidents than members of the general population.

It is estimated that the narcolepsy is probably underdiagnosed, with only 25% of people currently seeking treatment. This gap in treatment may be attributed to people who experience mild narcolepsy symptoms and do not seek medical care. Nevertheless, there are numerous treatments for narcolepsy depending on the symptoms and type of narcolepsy.

Medical professionals use the current standard of care as a guideline for treating all patients diagnosed with narcolepsy:

Neuroepidemiology. “A case-control study of the environmental risk factors for narcolepsy.” 2007. Accessed April 21, 2019.

Narcolepsy Myths
How to Help a Friend with Narcolepsy
See More