The Recovery Village
About our Editorial Team
Editor Mike Candelaria 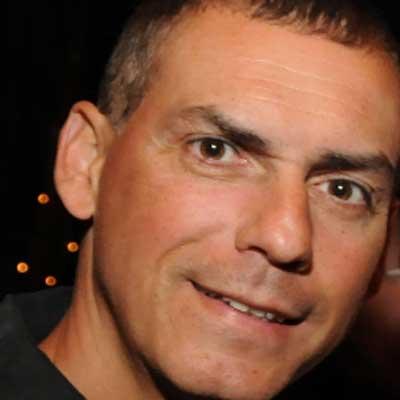 Mike Candelaria is a 30-year veteran of the magazine industry in Central Florida, having served as a writer... read more

Michael Griggs remembers all too well. He still thinks about the memories every day. They were of initial sad, painful days that led to steady progression and eventual life turnaround. And they weren’t long ago or far away.

Griggs is the senior house manager of Next Step Village, the aftercare component of Advanced Recovery Systems in Maitland, Florida, where those recovering from substance use disorder typically begin to see the light of a new start. However, less than three years ago, on April 11, 2015, Griggs was on the other end — in the dark, beginning treatment for addiction to alcohol at The Recovery Village, about 37 miles away in Umatilla. The distance in terms of self is almost immeasurable.

“My life is unimaginable in comparison to what at best I could have even hoped for walking into TRV,” Griggs comments.

At the Next Step Village, Griggs counsels, consoles and comforts — with the perspective of having once been the recipient of the same treatment.

For Griggs, now sober for about two-and-a-half years, there is no forgetting.

It wasn’t the first time he sought treatment. Yet, while his first try at a facility in another state was filled with “extreme resistance,” this time was different. This time, Griggs had encountered the “ifs” and “yets” needed to finally move forward. “If I love my job then I will” and “if I love my license then I will.” Those things happened. He didn’t have a place to live; he had gotten a second DUI. He had been fired from his job.

This time, he was finally ready to change.

“There was nothing left. I needed to face those consequences to get into the right frame of mind to get to ‘honest, open-minded and willing,’” says Griggs, who traveled to Florida from New Jersey to go to The Recovery Village.

Griggs refers to the acronym HOW. He used it back then, and he continues to use it today, both for himself as a person in recovery as well as for others.

“I practiced HOW through being honest, staying open-minded and becoming willing to do what was necessary,” he explains. “Those three attitudes are indispensable when it comes to being successful in recovery.”

The process, though, wasn’t easy, Griggs adds. During his inpatient stay at The Recovery Village, he fondly reflects on the personal attention he received, along with comfort and camaraderie. “That was the place that I was introduced to, and was able to start to take advantage of the 12-Step fellowship. The availability of that was very important,” he says.

At the same time, he also had to battle his personal demons. “I worked through and applied some things that I needed to, as far as just life events that I never had really acknowledged before,” he adds. “There were things going on with me that I really wasn’t aware of myself until I was there working on these things.”

Griggs talks about the very beginning of treatment, pointing out that detoxification “was comfortable a process as it could be.” Also, he talks about what, in the end, got him through treatment. “The introduction and then the implementation and follow through with my participation in the 12-step fellowship is what keeps me going strong,” he said.

Griggs, now 27, concedes that he’s not yet finished working on himself, noting, “I’ll always be in recovery, improving myself.”

“Out of the Bubble”

It’s a message that resonates throughout Next Step Village’s apartment-style facility in Maitland, which can accommodate 69 residents. Working with a program manager and a director of aftercare, Griggs guides residents through their personal responsibilities, including what they need to be doing and where they should be, and how their day should be structured, along with organizing transportation to their outpatient services and meetings. He also runs 12-step literature study sessions twice weekly.

Residents are able to remain at the facility as long as they follow through on their programs and related commitments; they can mostly come and go as they please. The minimum desired pledge is six months, but residents could stay for up to a year. he greater focus is on “after.”

The idea is that recovery is a continuous healing process, with rehabilitation being only one leg of a journey. Residents arrive to Next Step Village mostly from a Recovery Village inpatient facility, or member of the Advanced Recovery Systems network of centers, although some get there by virtue of a referral from an outside inpatient facility.

“When they walk out of the bubble of inpatient, they’re faced with taking on the world with these new skills that they’ve hopefully learned and acquired during their stay in treatment,” Griggs explains. “However, here they get to implement those things and rely on not only the staff, but on each other while they walk through some of those things that either they’ve never done before or that they’ve certainly not done in a long time in sobriety. The extra support and accountability and structure lets them implement those different coping mechanisms and tools that they’ve found, so they can live successfully on a daily basis.”

Griggs’ advice to residents at this stage: Be an active participant in your recovery and your life, advocate for yourself, and be diligent about the steps needed to continue improving your life.

The Eyes of Aftercare

If there’s a person who personifies aftercare, it’s Griggs, who is right there at Next Step Village, keeping an eye on others who are going through similar experiences.

Following time in aftercare as a house resident, Griggs became the assistant house manager. He performed those duties for about six months before becoming an official staff member. He was named senior house manager in February 2016.

At that time, Griggs was slightly less than a year sober — proof that The Recovery Village practices what it preaches, asserts Jami Smith, the Advanced Recovery Systems’ alumni coordinator who contacts residents who depart after completing aftercare treatment.

Smith reaches out to “alumni” within 24 hours of their discharge, then follows up periodically with phone calls and emails, keeping their “pulse.” Alumni can enjoy a host of events, group meetings, recreational activities, relapse-prevention classes and other aftercare resources.

“When I reach out to people, they’re surprised that we [Advanced Recovery Systems staffers] are still calling them to make sure they’re OK. I definitely think it’s very important,” Smith says.

“I try to find out are they going to sober living? Have they been following their programs? Have they been seeing their therapist? The people who are successful are the ones doing those things. After inpatient treatment, the successful people are still taking recovery very seriously.”

Or, Smith can simply point to Griggs.

“They said if I worked hard and did the things that they suggested I do, my life would get better,” Griggs concludes. “And, yes, absolutely it has!”

If you’re struggling with a drug or alcohol problem, take it from Michael Griggs — your recovery is possible, and you CAN overcome addiction. If you’ve gone through rehab care and are now looking for supportive sober living, Next Step Village can help. At the Next Step Village, you can pursue sobriety with transitional living arrangements and aftercare strategies to keep you accountable. Call today to learn more.

News About Our Centers

Life After Pulse Orlando: Healing a City Touched by Tragedy

New In-Network Insurance Contracts with Florida Blue Members
See More
Speak to an Intake Coordinator now.
352.771.2700What to expect when I call?