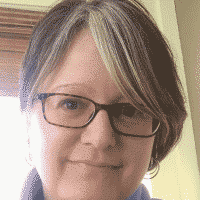 About our Editorial Team
×
This medical web page has been reviewed and validated by a health professional. The information has been screened and edited by health professionals to contain objective information on diagnosis and treatment of diseases. Contains bibliographic reference sources. If you are a healthcare professional and you find any issue, please reach out to [email protected]
Updated on 02/26/20
Share
Tweet
Share

Agoraphobia is a condition in which one experiences extreme discomfort and anxiety symptoms after leaving a perceived safe area or going into uncertain situations. Because few people know about this condition, there are many agoraphobia myths and misconceptions passed as fact. Uncover the truth about agoraphobia here.

Fact: For some people with agoraphobia, leaving the house can be extremely challenging, but this is not true for all people with the condition.

Not all cases of agoraphobia present in the same way. Some people who live with agoraphobia do not struggle with leaving their home, but experience difficulties in situations in which it may be difficult to escape or it would feel embarrassing to do so. Often it is the fear of having a panic attack in such situations that perpetuates the high anxiety characteristic of agoraphobia.

Like with any condition, people with agoraphobia can have flare-ups. There may be times in which someone with agoraphobia is managing well and can leave home and go into crowds or other triggering areas with few symptoms. During more intense periods of the disorder, it can be far more difficult to push through the anxiety and panic; such periods may result in isolation and in extreme cases, the inability to leave one’s home.

Fact: The symptoms of agoraphobia can vary widely, and not everyone with the condition avoids going outside.

As with most anxiety-based disorders, agoraphobia gets worse if left untreated. If the condition worsens, it can become more likely for the avoidance techniques to become more complex, which can involve an increased fear of being outside.

3. Myth: People with agoraphobia are lazy.

Fact: Agoraphobia is not a character flaw; it is a set of behaviors that arise from intense anxiety and fear.

One of the most important facts that anyone can learn about a mental health condition is that, regardless of whether we understand or have experienced such things, they do exist and they are very real. Judging someone as “lazy” instead of trying to understand their mental health struggles is in itself, lazy. People with agoraphobia need compassion and understanding rather than judgment. Being judged negatively for a condition one cannot control is unfair. In reality, people with agoraphobia often struggle with shame and guilt about the limiting nature of their condition. Undue criticism and judgment only worsen the negative self-evaluation of those struggling with this challenging disorder.

4. Myth: Agoraphobia is the same as introversion.

Fact: Agoraphobia and introversion are the same.

It is true that people with agoraphobia tend to score lower in extroversion scales. However, agoraphobia is a mental health diagnosis and introversion/extroversion ratings are not. Everyone has a level of introversion or extroversion as part of their personality style. One can be highly introverted without any anxiety or social phobia. Agoraphobia is not a personality trait, it is a type of anxiety disorder. Introversion and agoraphobia can result in similar avoidance of crowds, but the difference lies in the internal experience. Someone who is introverted may dislike crowds without having any particular fears associated with them, while someone who is agoraphobic could also be extroverted and struggle in specific ways that are unrelated to interacting with people. Agoraphobia can manifest in any number of ways that are unique to the individual experiencing it.

5.  Myth: Individuals with agoraphobia are antisocial.

Fact: There are key differences between agoraphobia and social phobia.

6. Myth: Agoraphobia is the same as panic disorder.

Fact: Panic disorder and agoraphobia are not the same conditions.

One can have panic disorder without agoraphobia. Sometimes agoraphobia is a complication that occurs for people with panic disorder, but both conditions can exist independently. Agoraphobia was previously considered a subset of panic disorder. It has since been reclassified in the Diagnostic and Statistical Manual of Mental Disorders, Fifth Edition and has its own designation under the broader scope of anxiety disorders.

If you or a loved grapples with co-occurring addiction and agoraphobia, help is available. Reach out to The Recovery Village today for more information.

How to Overcome Agoraphobia
See More

Does Agoraphobia Qualify for Disability Benefits?

How Long Does Agoraphobia Last?

Is Agoraphobia an Anxiety Disorder?

How to Explain Agoraphobia to Family
See More