About our Editorial Team
Medically Reviewed By Davis Sugar, MD 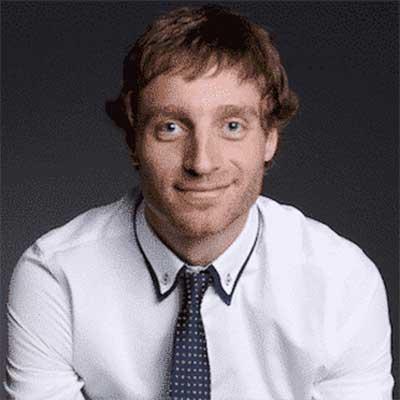 About our Editorial Team
×
This medical web page has been reviewed and validated by a health professional. The information has been screened and edited by health professionals to contain objective information on diagnosis and treatment of diseases. Contains bibliographic reference sources. If you are a healthcare professional and you find any issue, please reach out to [email protected]
Updated on 09/18/20
Share
Tweet
Share

Adjustment disorder is a term used to describe people undergoing significant coping difficulties when faced with a considerable life change that causes stress. Life stressors can vary widely, and some common examples include losing a job or moving to a new city.

While the symptoms of adjustment disorder are transient and often improve over time without the need for medical intervention, they may resemble other psychiatric conditions, such as major depression. While individuals affected by adjustment disorder may be experiencing a saddened state, they may not meet the criteria of a major depressive episode. While the two conditions share overlapping symptomatology, their causes are quite distinct.

Adjustment disorders can develop when an individual faces an unanticipated or consequential life event. Thankfully, humans are inherently resilient. With time and proper support, most people continue to function successfully in spite of significant life changes.

However, people with an adjustment disorder may feel they are not managing as they should. They may complain of poor sleeping habits or overwhelming anxiety. Adjustment disorder with depressed mood occurs when the predominant life disturbance is mood-related, and feelings of sadness or guilt overburden those affected.

Adjustment disorder is triggered by an identifiable life change, such as a move, job change or divorce. Because of this, adjustment disorder may also be referred to as “situational depression.” Major depression tends to be caused by environmental, genetic and psychological factors, but cannot be attributed to a specific event or occurrence.

The Diagnostic and Statistical Manual of Mental Disorders (DSM), a diagnostic tool used by the American Psychiatric Association, classifies adjustment disorder as the development of emotional or behavioral symptoms in response to an identifiable stressor. Affected individuals experience marked distress that is out of proportion to the severity of the stressor. This distress causes significant impairment in social, occupational and day-to-day functioning. For an official diagnosis of adjustment disorder, the disturbances must occur within three months of a stressor and cause significant social or occupational impairment.

Feelings of depression or anxiety can lead to suicidal thinking. If you or a loved one is experiencing suicidal thoughts or tendencies, call the National Suicide Prevention Hotline at 1-800-273-8255.

While adjustment disorder almost always has an identifiable cause, such as losing your job or contending with an unforeseen medical circumstance, this is not the case with major depression.

The causes of major depression are more complicated and less understood. What we do know for certain is that every human being is remarkably unique. Similar to a fingerprint, each one of us has a distinctive “brainprint,” a collective neural establishment that makes us strikingly individual. However, this individual also limits our capacity to pinpoint a specific cause of depression.

Each of us contains separate levels of resilience and susceptibility in which the influences of depression can impose themselves. A person’s biology, psychology, social environment and genetic predispositions all play a role in the potential development of depression.

While substantial progress has been made in the overall understanding of depression, much is yet to be learned about this formidable hardship.

Adjustment disorder has most successfully been treated using a type of psychotherapy known as cognitive behavioral therapy (CBT). CBT may be utilized on an individual or within group therapy. Specific anxiety-provoking situations may, at times, be treated with a class of calming medication known as benzodiazepines.

Major depression is a serious clinical disorder that imposes a considerable burden on those afflicted. Because of this, it is treated in a multi-pronged fashion in which lifestyle, biology and psychosocial factors are all considered in the treatment plan. Normally, psychotherapy is combined with pharmacotherapy. Specific antidepressant medications are chosen by a certified physician based on the individual patient to maximize effectiveness and minimize side effects.

Common classes of antidepressant medication include:

Some key points to remember about the difference between adjustment disorder and depression are:

If you are suffering from adjustment disorder or depression, along with a substance use disorder, The Recovery Village can help. Reach out today for more information.