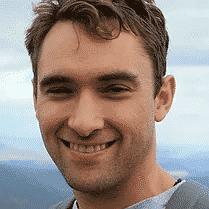 About our Editorial Team
Medically Reviewed By Denise-Marie Griswold, LCAS

About our Editorial Team
×
This medical web page has been reviewed and validated by a health professional. The information has been screened and edited by health professionals to contain objective information on diagnosis and treatment of diseases. Contains bibliographic reference sources. If you are a healthcare professional and you find any issue, please reach out to [email protected]
Updated on 01/12/21
Share
Tweet
Share

As a parent, one of the most basic instincts is likely to protect your child. While the instinct to protect is often positive and rarely problematic, when it comes to teen addiction, there is a fine line between protecting and enabling. The impact of substance use on each member of the family has led to it often being called a family disease. Enabling addiction can be hard to spot–especially from the inside–but it is critical that it is identified and stopped. Enabling a child’s substance use often prevents the child from experiencing the natural consequences and other situations which may ultimately lead to healing and recovery.

To avoid enabling the drug addiction of a loved one, it is important to first clearly understand enabling behaviors. To do this, we must first answer the important question: what is enabling? Enabling has been defined as a pattern in which a person or people “excuse, justify, deny, and smooth over” the behaviors and consequences of another person.

In the context of substance use, enabling refers primarily to actions which prevent the person using substances from experiencing the full impact and consequences of their use. Unlike helping or supporting, enabling behaviors allow and assist irresponsible behaviors.

While there is no clear line as to what is considered enabling, there are some specific behaviors that frequently are displayed in enabling relationships including:

If more than one of these behaviors is present, it might be time to consider whether the relationship is helpful or harmful.

Ways You May Be Enabling Your Child

Parents enabling their child are most often acting out of love. They do not want their child to struggle or experience pain. Very frequently, enabling addiction may be internally rooted in a fear of losing a child, whether as a result of overdose or a child cutting off contact. Some of the most common signs of enabling behavior and the ways in which parents enable their children include giving them money, lying for them, fulfilling their responsibilities, not following through with consequences, and justifying behaviors.

Regardless of what a parent is telling a child, if they are funding their teen’s drug use, they are sending a message that using drugs is okay. Moreover, in some cases, if a teen is unable to afford to use drugs they will cut back their drug use. In instances where a teen does resort to illegal means to obtain substances, legal consequences may be imposed which could motivate a teen to stop using drugs.

Covering up their actions only exacerbates the long-term consequences; it reinforces the notion that a teen does not need to take responsibility for their actions while preventing natural consequences from being experienced.

Some common lies may include providing excuses for absences and tardies at school, keeping substance use a secret from other family members, or calling a teen’s job saying they are sick – when in fact they are absent due to their substance use.

Enabling parents frequently take on the responsibilities of their children to prevent their child from experiencing negative consequences. This may be done in small ways such as dropping a book off at school that was left at home or in more major ways such as completing a teen’s homework or community service hours.

While occasionally helping a teen to fulfill their responsibilities may not be harmful, doing so on a regular basis when their irresponsibility is a result of substance use is dangerous. This is yet another way in which a parent can remove natural consequences and send a message to their child that their substance use is not a problem.

Not Following Through With Consequences

Consequences are often given with the intention of following through whether it be grounding a child, giving additional chores, or taking away a privilege. Occasionally, situations may occur where the consequence is either not given or is reduced. When parents consistently give consequences without following through, it prevents a child from learning the intended lesson. Instead of learning that a certain behavior is not acceptable, a child will instead learn that consequences do not apply to them.

Justifying bad behavior can take many forms such as dismissing teens substance use saying things like, “they are just being teens,” “they are only doing this and other teens are doing that,” “I drank alcohol when I was in high school too,” or any other type of excuse. Justifying and excusing a teen’s substance use sends a very clear message to them that their behavior is acceptable–or at least not that bad.

How to Help Your Child

Once enabling behaviors have stopped, it is important to be aware of common signs of drug use in teens to monitor whether or not these efforts have been sufficient. Once a teen has stopped using drugs, it may be easier to notice a return to using than it was to recognize their initial substance use.

Be mindful of any sudden behavior changes such as performance in school, social relationships, being secretive, mood swings, or irritability. Knowing what drugs a teen has used in the past can further inform what to look for as a sign of the return to use.

If enabling behaviors have stopped and teen substance use has not improved or a teen has returned to substance use, it may be time to consider teen drug rehab. It can be difficult to send a child away to treatment but this decision can be lifesaving.

If you are considering treatment for your teen, speak to a representative today to learn about teen drug treatment programs. The Recovery Village offers programs specifically designed to meet the unique needs of teens and help them get the support they need.

Preventing Teen Relapse During the First Weeks of School

How the 12 Steps Are Incorporated in Teen Addiction Treatment

Is There A Difference Between Alcohol Abuse and Alcoholism?

Why Do Informed Teens Use Drugs?