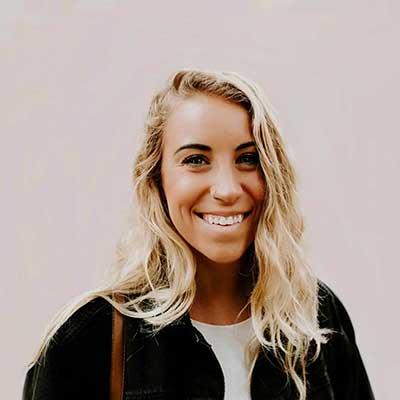 Hi! I’m Shannon. I have worked in the marketing industry for 5+ years and am passionate about all... read more

So, what changes will this bring to the city? And, perhaps more importantly, how will it affect marijuana use in teens?

While some welcome the new ordinance, others have voiced concern about how it will impact teen drug abuse in Cincinnati. Though marijuana is still an illegal substance, decriminalizing it arguably makes it more accessible and acceptable to use. However, the law does not mean people can just walk around smoking whenever they want.

Marijuana laws across the country are changing, and Cincinnati is no exception. In a 5-3 city council vote, Cincinnati voted to effectively decriminalize marijuana. This means that even though marijuana is still illegal, people — including teens and minors — who possess less than 100 grams will not be fined or cited.

It’s important to note that marijuana decriminalization does not mean it’s a legal substance. People who possess more than 100 grams will be cited and fined, in accordance with Cincinnati’s original marijuana ordinances.

Though it is not illegal to have less than 100 grams of marijuana, it will be confiscated if found since it is still an illegal substance. The Cincinnati Police Department is still working on laying out official procedures and policies surrounding the new ordinance, which will go into effect 30 days after it was passed.

Since the ordinance has no age restrictions, many people who oppose the new ordinance worry about marijuana use in teens and minors. With fewer consequences, many parents think marijuana use will increase among minors and teens. Some fear it will be a gateway to other drugs. Kelli Newman, a resident of Cincinnati, says, “It starts off with marijuana and then it escalates.” She thinks parents should “definitely have a concern.”

Understanding the relationship between teens and marijuana use as well as teen marijuana statistics can help adults talk to adolescents about the drug. According to a 2018 study by the National Institute on Drug Abuse, 5.6% of eighth-graders, 16.7% of 10th-graders and 22.2% of 12th-graders have used marijuana within the last month. Additionally, today’s teens are also much more likely to use marijuana than cigarettes.

Marijuana is often referred to as a gateway drug that can become habitual. Although not addictive itself, marijuana can lead to the use of other addictive drugs.

Research suggests that marijuana use among teens is likely to precede the use of other substances, increasing the chance of teen addiction. In fact, marijuana use has a positive correlation with alcohol use, cigarette use and use of various illegal drugs including cocaine and methamphetamine. According to a study by the Centers for Disease Control and Prevention, people who have a marijuana habit are also three times more likely to be addicted to heroin.

The concern of marijuana as a gateway drug is understandable, especially when used among teens. While the effects of marijuana on teens are still being studied, it is known that most people who struggle with substance use began using marijuana or alcohol in their teen years.

If you are worried about your child and their current or potential drug use, there are some steps you can take to help protect them.

Talking to teens about drugs can be an uncomfortable subject, but the conversation is helpful for preventing teen substance abuse. Jeff Paster, a Cincinnati City Council member who sponsored the ordinance, says the city will help educate area families on ways to direct adolescents away from drug and marijuana use.

Justin Berry, an addiction counselor who works in the Cincinnati Health Department, is encouraging parents to not shy away from talking to their children about the topic. “As parents, just don’t be scared just to talk to your kids about all types of drugs, even alcohol,” he says. “But, I would just talk to them and educate: Even though you won’t get in trouble, it’s still not good for your body.”

Here are additional resources to encourage teen substance abuse prevention and determine whether or not your teen is suffering from drug misuse or addiction. If your teen is dealing with these issues, The Recovery Village is here to help. Contact us today to find a treatment plan that will work well for your child’s situation.