Home Teen Drug Abuse and Addiction Teen Addiction FAQ Is There A Difference Between Alcohol Abuse and Alcoholism? 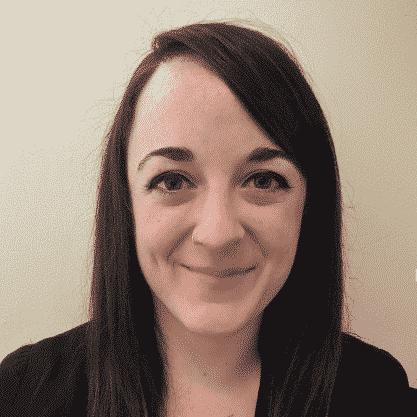 Maureen is an academic researcher with a passion for science communication. She has a bachelor's degree from The Ohio State... read more

About our Editorial Team
×
This medical web page has been reviewed and validated by a health professional. The information has been screened and edited by health professionals to contain objective information on diagnosis and treatment of diseases. Contains bibliographic reference sources. If you are a healthcare professional and you find any issue, please reach out to [email protected]
Updated on 01/18/21
Share
Tweet
Share

It can be hard to tell the difference between alcohol abuse and alcoholism. They are not interchangeable terms, even though many tend to use them that way.

The primary difference is that alcoholism is an addiction — when someone who does not have alcoholism experiences problems related to their drinking, they are able to learn from this experience and reduce their drinking. Someone struggling with addiction, on the other hand, has difficulty cutting back, even when they want to, and experiences cravings for alcohol.

Knowing the difference between alcohol abuse and alcoholism can help a person better understand when their drinking is becoming a problem and determine what types of treatments might be needed. It is also important to understand the risks of teens and alcohol abuse, because drinking as a teenager generally leads to more problems with alcohol dependence as an adult.

The effects of alcohol on teenagers can be more severe compared to adults, because organs are still growing and developing. The signs of teen alcohol abuse include behaviors such as:

Remember that a teen’s behavior may naturally change as they grow and develop, and some mental disorders may manifest at this age. Seeing one of these symptoms doesn’t necessarily mean someone has been drinking, but seeing many of them together may indicate a problem.

Continued alcohol abuse by a young person can lead to teenage alcoholism, which is a form of addiction. Alcoholism, referred to as severe alcohol use disorder by mental health professionals, occurs when a person becomes physically or mentally dependent on alcohol and can’t control their drinking.

In addition to these signs of alcohol abuse, other symptoms might be present when someone is addicted to alcohol, such as:

If left untreated, alcoholism can severely impact many aspects of a child’s health. Long-term or extreme drinking leads to a buildup of fat in the liver, which can lead to damage to liver cells, liver failure, and liver cancer.

Drinking also raises blood pressure, damages heart muscles and increases the risk of heart failure. The substance also affects the brain in several ways, including causing damage to nerve cells, loss of brain tissue, inflammation in the brain and even life-threatening hemorrhages.

The effects of alcohol on the teenage brain are more severe than in adults, leading to learning and memory problems in nascent brains that are still developing. The more someone drinks, the more their risk of accidents or disease increases, including cancer and infectious diseases. However, addressing problematic drinking and getting help can lessen these risks and make a person healthier.

Does My Child Need Treatment?

Trying alcohol is a fairly common experience for many teens. Nationwide, 60% of high school students have reported drinking at least once. Teens who have experimented with drinking once or twice likely do not need intensive treatment. However, keep in mind that teens who start drinking early are more likely to experience alcohol addiction.

If you know your child has been drinking, don’t ignore the issue. It’s important to have open, honest conversations with your kids about drinking, especially if you find out they may have been binge drinking. Try not to judge, criticize or threaten them. Instead, let your teen know you care, and try to understand where they’re coming from and why they’re using alcohol.

If you’re not sure how often they’ve been drinking, or whether other signs of alcoholism are present, ask them, and encourage them to be honest with you. Do your research before talking to your children so that you can communicate the risks of alcohol abuse and understand some of the options for teen alcohol treatment. If your teen has trouble giving up alcohol, or if you suspect signs of alcoholism are present, get help and look into treatment options such as therapy or rehab for teens.

Why Do Informed Teens Use Drugs?
See More