Home Recovery Share Your Story Attending AA Led to the Realization that I Am an Addict, Not an Alcoholic

Attending AA Led to the Realization that I Am an Addict, Not an Alcoholic 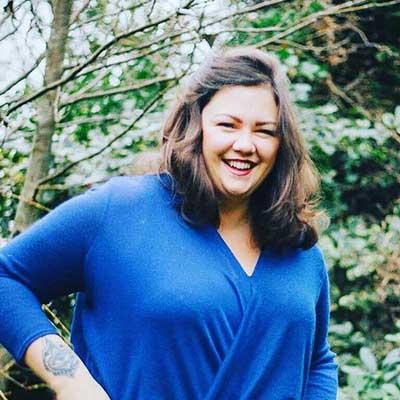 When I walked into the rooms of AA, it was because of the depths that alcohol had taken me to. My sense of self was so fractured that I really didn’t know if I would ever feel whole again—my self-esteem was shattered, I was 150 pounds overweight, and I had lost anything of any meaning to me. My life was at a dead end and I wanted it to be over. Little did I know that walking into those rooms would lead to a series of life-changing realizations: first that I was not an alcoholic and second, that recovery would be the making of me.

What propelled me into the rooms I can only describe as a moment of grace. That grace also let in enough light to give me a glimmer of hope that I could find a place in this world.  A world that I become so lost in, and disconnected from. I defied all the odds of stopping: I went from drinking four bottles of wine a day (on a good day!), to stopping altogether and having no desire to drink again—despite years of trying everything to stop, without success.

While not a religious person, what I experienced was a form of salvation and grace—that picked me up and directed me to a path of recovery when I didn’t have the strength to do it for myself.

From the moment I walked into the rooms, my life changed for the better. I committed to the program of recovery—the 12 steps. I found a sponsor, and I fastidiously worked the steps like my life depended on it. This was my only option, I had exhausted all other avenues. But it was not easy; recovery is not for the faint of heart—life isn’t—but it sure is worth it.

As I slowly lifted the lid on my Pandora’s box of secrets—all the bad choices, harms, disordered thoughts, and bad behaviors that led to my drinking—I held on to my seat tight with acute feelings of anticipation and fear.

Gosh, those first few months of recovery were like a tsunami of emotion and feeling—endless pain, and lashings of shame, guilt, and remorse—without a crutch to anesthetize the pain.

I continued to keep digging through the box and uncovered everything and anything that affected me and others in the path of my alcoholism. I was ruthless. This was my fourth step: “made a searching and fearless moral inventory.” The inventory included a list of my resentments towards others (I’d listed over 100!), harms, sexual misconduct, and fears.

This is perhaps the most feared step and understandably so—who wants to write about that stuff voluntarily? It was a pretty intimidating and daunting process. However, I was told that unless I uncovered the root cause of what lead me to harm this way, it was unlikely I’d get lasting recovery. The prospect of drinking again was out of the question—I’d had enough of harming myself in that way, to the very core of my being.

What I uncovered was discussed at length with my sponsor in my fifth step: “We Admitted to God, to ourselves, and to another human being the exact nature of our wrongs.”. I lost count of the amount of times I cringed. I wanted the ground to open up and swallow me. With the help of my sponsor, we worked through where my thinking was disordered, where I had harmed others, and I revealed my darkest secrets. My sponsor was calm, loving, and listened without judgement. They even revealed some of their own darkness which made me feel less shameful. I realized that I wasn’t a bad person, I was sick. I also saw the need to change my behavior and how I treated others going forward.

This process of recovery is often referred to as uncovering, discarding, and letting go. I found it both utterly exhausting, and the most liberating gift I’ve ever been given. I felt set free. I learned so much about myself that it is difficult to describe in 1000 words.

Perhaps my biggest revelation though was that I wasn’t an alcoholic!

During my fifth step my sponsor highlighted my use of drugs that ran concurrently to my drinking. In my mind, I hadn’t used hard drugs (cocaine) since I was in my twenties; I stopped taking amphetamines at 15, and I only took prescription pain relief (albeit excessively) during my excessive drinking. I thought it was alcohol that was my problem—after all, it was alcohol that brought me to my knees. She took me through the Narcotics Anonymous Leaflet ‘Am I an Addict?’ and I answered yes to 26 of those 29 questions when reflecting on my active using days.

I was mortified. I’m not an addict! I screamed at her.

I felt like I no longer belonged in AA, because of the revelation in my fifth step; but I also I felt like I didn’t belong in NA either because I hadn’t used heroin, meth, or crack. Yet, I had in various forms: codeine is an opiate (as is heroin), crack is cocaine, and amphetamines are a very similar drug to meth amphetamine. I reluctantly took my sponsor’s suggestion and went to an NA meeting.

I experienced another moment of grace, and I felt compelled to stay in those meetings even though I didn’t want to. I stayed for four years. What I discovered is that I do suffer with addictive patterns of behavior: I will use any substance, or drug of choice—food, drugs, shopping, men and women, or alcohol—to change the way that I feel. It is not limited to alcohol. Alcoholism is but a symptom of addiction, in my opinion.

With those realizations I was finally able to treat my whole self. That included looking at all of my drugs of choice and beginning to stop those addictive patterns of behavior. I undertook the NA steps (a more in-depth look at addiction) and had a lot of therapy. I finally had a better understanding of what I suffered with. While that desire to avoid difficult feelings and emotions doesn’t completely go away, it becomes easier to override as I practice new behaviors and form new habits.

There is no doubt that process of recovering and revelation is painful, but it is by far the most loving act I have ever undertaken for myself and it is totally worth it.