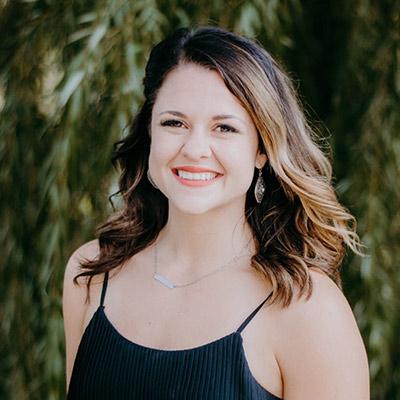 Life lessons are important, but they aren’t always fun. Sometimes we learn the hard way, and for me, that came in the form of drinking and facing consequences.

Though my drinking career lasted only two years, I managed to do a good amount of damage — both to myself and to the people I cared about. I couldn’t see it at the time, but through the consequences of my drinking, I was learning some of the most important lessons of my life. Here are a few of them.

1. A person’s reputation can be tarnished quickly

Going into college, I would say I had a pretty good reputation. I was a straight-A student-athlete with a variety of friends and people thought highly of me. But as soon as I started getting drunk on a regular basis, I began doing and saying things that affected the way people viewed me.

Pretty quickly, I became known as the girl who always got wasted and passed out. It didn’t matter that I was a good student or a decent writer or a generally happy person. What stuck in people’s minds was the way I acted when alcohol was involved. I made an impression in that way — and it wasn’t a good one. Thankfully, once I stopped drinking, I was able to slowly rebuild my reputation. But I have no doubt that if I kept drinking, it would have gotten more and more difficult to regain the respect of people I cared about.

I screwed up often when I was drunk. Typically, I would apologize the next day and whatever I did or said would blow over. But as this behavior became a pattern, there were some people who simply stopped putting up with it.

At that point, I chose drinking over that friendship. Had I continued going down that path, I probably would have lost more friends. The bottom line is that people can only put up with so much of another person’s toxic behavior before they walk away.

I’d always known that a lifetime of drinking is awful for certain parts of the body, but it never occurred to me that I could still damage my body in just the two years that I drank — even if it wasn’t permanent damage. Drinking the way I did led to a variety of negative impacts on my health. Between the calories I drank and the food I binged on when I was drunk, I gained about 30 pounds between the end of high school and the end of my sophomore year of college.

But more concerning than the weight gain was the overall appearance of my skin. When I look back at photos from when I was drinking, I realize just how bloated and yellow my skin looked. I was often covered in bruises from drunken incidents I didn’t remember. I even wound up in the emergency room a number of times. All this was over the course of just two years. I can’t imagine the toll that would have been taken on my physical health had I kept drinking at the rate I was.

4. You can only ignore a problem for so long

From the moment I started drinking, I knew I didn’t drink in the way others did. But denial can be powerful. Admitting that I may have a problem with alcohol meant that I would likely need to stop drinking, which I was unwilling to do. So instead of confronting my feelings about my drinking, I just shoved them further and further down.

There were a few occasions when friends tried to talk to me about my relationship with alcohol and I would admit that I tended to get out of control, then apologize, then return to drinking the same way. This wasn’t a good way to deal with the way I drank and eventually, it all came to a head. I was forced to confront my drinking, my demons and myself, despite how hard I tried to avoid doing just that. The truth is that problems have to be dealt with eventually and it’s easier to address them willingly and early on.

5. You are the only person who can save yourself

When it came to getting sober, I had friends and family who pushed me in that direction and supported me along the way. But until I came to terms with alcoholism and admitted that drinking was a problem for me, their efforts did no good. I had to be the one to surrender and decide that I deserved a better life than the one I was leading while drinking. I had to be the one to say, “I can do this and I am going to do this.” Every single day, I have to continue to choose this lifestyle. The only person who can truly control your actions and choices is yourself and that goes for all aspects of life.

Though I’m by no means done learning life lessons, I’m glad that I learned these lessons when I did and how I did. It’s easy to look back and wish I never drank in the first place, but the truth is that the experiences and lessons I had through drinking shaped me into the person I am today — and that is a person I am proud to be.

Do I Need to Drop All My Friends Who Use in Recovery?

Is it Common to Relapse After Rehab?

Is Religion A Necessary Part of Addiction Recovery?

The Power of Storytelling

Transitioning Back to Work After Rehab

Things to Expect in Early Recovery