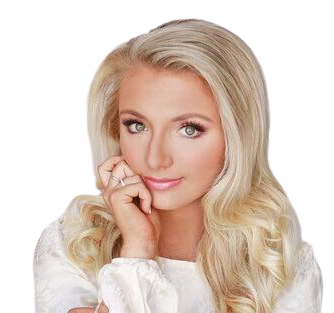 “Binge drinking is the most common, costly, and deadly pattern of alcohol use in the United States,” according to the Centers for Disease Control and Prevention (CDC). Let’s go over some fast facts from the CDC:

The list goes on and on. These facts and statistics illustrate the severity of the problem — not only the severity, but the magnitude. This is a widespread issue that is truly a matter of public health, and yet, culture tends to treat binge drinking as harmless and trivial. In fact, this activity is often glamorized, and even used for comedy in movies and TV shows. Alcohol ads seem to suggest that the substance is required to have fun, and the more you consume, the better your life gets, the easier it is to impress the girl/guy, etc. Unfortunately, the culture on college campuses is another culprit.

Firstly, it seems to me that in every single media portrayal of college, partying is the focus. 24/7 wild parties, day “ragers,” students passed out in lawns after “going too hard,” an endless stream of kegs and jello shots, and a million other images come to mind. While these images are definitely a bit far fetched, there is an undeniable emphasis on the party scene and on binge drinking. I have personally seen people going out on every single night of the week, whether it be to the bars or to social events, and routinely consuming large amounts of alcohol. I have seen people telling their stories of what they did when they were “blacked out” proudly, as if it should somehow be celebrated. I have seen people chastise their friends for choosing to stay in and study as opposed to going out. I have seen people defend and brush off the relatively inexcusable and sometimes destructive actions of their friends because, “They just had too much to drink.”

Let’s go ahead and break these things down. Excessive consumption of alcohol most nights of the week is NEVER healthy at any age. At best, it’s still physically toxic and a large amount of empty calories. “Blacking out” is really never a good idea. The idea of not having any control of one’s actions is not cool and definitely not something to be proud of. In fact, it’s actually quite scary. People should be celebrated for being responsible and studying, especially since that’s kind of the entire point of school. Finally, having too much to drink does not excuse dangerous or violent action. Yet, all of these things are widely accepted.

It is super important to realize that binge drinking is, in fact, a public health issue. A lot of people probably think that the amount they consume is their business and that it doesn’t affect anyone else. This simply is not the case. Serious risks associated with binge drinking include accidental injury like burns, falls, alcohol poisoning and car crashes if someone decides to drive under the influence. The risk of violence in the form of homicide, suicide, intimate partner violence and sexual assault also increase with binge drinking. Other risks include STDs, unintentional pregnancies, fetal alcohol syndrome, chronic diseases, cancers, memory and learning issues and alcoholism.

That’s a massive list of potential risks that 1 in 6 adults routinely expose themselves to. As if the personal and public health risks weren’t dramatic enough, it is estimated that drinking too much cost the United States $249 billion in 2010 as a result of “losses in workplace productivity, health care expenditures, criminal justice costs, and other expenses.” It is vital that college students become aware of these risks and take the time to truly understand everything that making a habit of “wild nights out” could cost them. It is also important that, once we understand these risks, we take the time to educate and inform others to equip them to make better choices for themselves and for the community as a whole.

It’s time to address the need for a culture change. Binge drinking is dangerous and it is costly. It most certainly should not be celebrated. We have to make a change in the way we view and talk about this dangerous activity. To be clear, I am a huge supporter of having a lot of fun and making memories in college. However, there is a major difference between having fun and creating or enabling dangerous habits that could potentially derail the trajectory of your life or someone else’s. Take the time to become educated on the effects of binge drinking, and become comfortable with assessing the potential cost of your night out. Set limits and boundaries for yourself to ensure your own safety and the safety of those around you. Public health issues require society as a whole to make changes accordingly. Be aware, stay safe and safeguard your future!