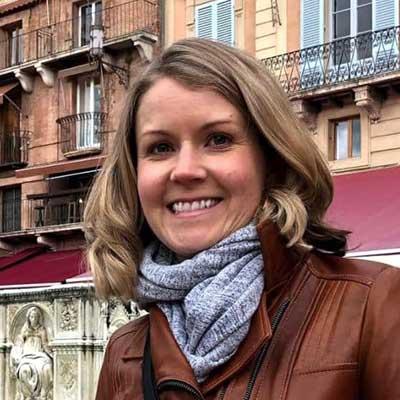 About our Editorial Team
×
This medical web page has been reviewed and validated by a health professional. The information has been screened and edited by health professionals to contain objective information on diagnosis and treatment of diseases. Contains bibliographic reference sources. If you are a healthcare professional and you find any issue, please reach out to [email protected]
Updated on 12/08/20

Some important points to remember when it comes to antisocial personality disorder and meth use are:

Methamphetamine, or meth, is a highly addictive stimulant that impacts the central nervous system. Meth addiction is a dangerous, debilitating substance use disorder that is further complicated by co-occurring mental health conditions such as antisocial personality disorder.

Can Meth Use Cause Antisocial Personality Disorder?

Sensation seeking, characterized by a willingness to participate in risky behavior without concern for adverse consequences, is believed to have both a biological and a social basis. Chronic substance use may contribute to ASPD by alienating individuals from social activities. Shared genetic factors may contribute to substance use disorders and mental health conditions such as antisocial personality disorder as well.

Individuals with ASPD commonly begin using alcohol and drugs at an early age, during a time when their brain is still developing. Thus, meth use early in life may negatively impact brain development and contribute to the development of antisocial personality disorder.

Meth causes increased dopamine levels in the brain. Dopamine is a neurotransmitter, a chemical released in the brain that relays information between neurons. ASPD is characterized by an overreactive dopamine system, suggesting that meth use may contribute to the development of the condition by raising dopamine levels. Meth also damages dopamine nerve terminals, which can lead to the impaired impulse control seen in antisocial personality disorder.

Scientists identified that a particular area of the brain, the prefrontal cortex, is smaller in people with antisocial personality disorder. This same area of the brain is thought to be involved in meth dependence, indicating a possible link between the two conditions.

Since antisocial personality disorder involves problems with impulse control and reckless behavior, the use of substances that also impact decision making can increase symptoms.

By worsening symptoms, meth use can increase the risk of severe antisocial personality disorder complications such as criminal acts, violent behavior or self-harm. Thus, treatment for meth addiction is critical in shielding ASPD patients from severe consequences.

Treatment for antisocial personality disorder and co-occurring meth addiction is complex and requires a varied therapeutic strategy. Both conditions must be addressed together to achieve successful treatment. The pattern of manipulation and dishonesty that characterize ASPD can make it challenging to seek help independently.

An individual with ASPD may need the encouragement of friends or family to seek treatment. ASPD treatment typically involves a combination of cognitive therapy, medications to reduce both aggressive behavior and psychotic symptoms and group therapy. Although individuals with antisocial personality disorder may lack the motivation to improve, cognitive therapy helps them understand how they create their problems and harm those around them.

Meth addiction treatment involves medical detox, psychotherapy, and group or individual therapy. Meth addiction treatment can occur on an inpatient, outpatient or partial hospitalization program (PHP) basis. An impulsive lifestyle counseling (ILC) program, a short-term, highly structured psychoeducational intervention, increases the effectiveness of treatment for substance use disorders in patients with antisocial personality disorder. ILC helps raise the patient’s awareness of their behavioral problems and how they impact themselves and others.

If you or a loved one live with meth addiction and antisocial personality disorder, contact The Recovery Village to speak with a representative who can guide you through the initial steps of addiction treatment. You deserve a healthier future, call today.

How Is Meth Consumed?

What Happens When You Get Caught with Meth?

How Long Does Meth Stay in Your System?

How Do I Know If Someone Is On Crystal Meth?
See More