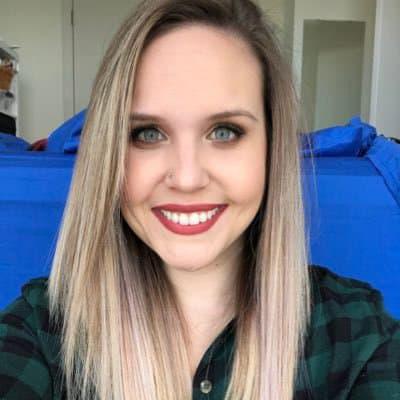 I was 14-years-old when I was diagnosed with depression and anxiety. My family had recently moved from New Jersey, where I grew up, to Florida. It was a tough transition for me starting eighth grade in a new school, losing lifelong friends and being forced to start over.

It didn’t help that the school year began with me being pushed down a flight of stairs and slammed into a door. And it didn’t get any better as I was constantly bullied by every group of students in my grade.

As the bullying got worse, I found every reason to avoid going to school. My grades slipped, I lost all motivation and started spending more time alone. I stopped caring about things I once loved, and I had these overwhelming feelings of hopelessness and sadness.

Day by day, depression took control of my life, and I no longer recognized the person staring back at me in the mirror. I turned to self-injury to replace the emotional hurt with physical pain. It worked for a while, but it didn’t address the underlying issues. And in 2007, I hit rock bottom and tried to end my life.

My depression was at its worst from 2003 to 2008, but I still struggle with depression to this day. I don’t think it will fully go away, and that’s okay. I always say my depression comes and goes in waves. Some days are great, but other days it’s a battle just to get out of bed in the morning.

Depression has affected my life in so many ways, and here are 10 reasons how.

Today, I’m lucky to have a wonderful, supportive group of friends who understand how depression has affected my life and love me anyway. It wasn’t always like this. I’ve lost a lot of friends because of depression. Some, I pushed away because I just wanted to be alone and didn’t feel worthy of their friendship. But others walked away because being friends with the “depressed girl” at school was a burden.

Depression had a funny way of making me feel like I was never good enough. Not a good enough friend, sister, girlfriend, student, daughter, etc. I didn’t feel as though I was worthy of being loved by those around me.

3. I Became a Shell of The Person I Used To Be

One day, I was a normal 14-year-old girl who laughed a lot and loved her life. The next, I was a shell of the person I used to be. Depression made me feel weak, unworthy of love, lonely, hopeless, lost, stuck and powerless. It made me feel like my life wasn’t worth living and that there was no way out. By the time I hit rock bottom, I genuinely didn’t recognize myself anymore.

There were a lot of days where I didn’t see the point in living. I was being bullied every single day at school, my “friends” were spreading rumors about me and I just couldn’t do it anymore. My mind kept telling me that I wasn’t worthy of living another day and that no one would miss me when I was gone.

There’s a misconception that depression is only extreme sadness, but I learned that it’s much more complicated than that. In fact, most days I was numb to all emotions – happiness, sadness, anger, joy and everything in between. I went through the motions of daily life without feeling anything. While some would argue that it’s better than being sad all the time, to me, it was draining.

Even before being diagnosed with depression, I was ashamed of the sadness I was feeling. As a result, I pushed everyone away. Even when those around me tried to get me help, I refused. I insisted everything was fine – even though I knew it wasn’t. For the longest time, I tried to keep my depression a secret because I was embarrassed to have a mental illness. I though it meant I was broken, weak or damaged, and that it defined who I was as a person. So, I kept it hidden away as much as possible, even though everyone around me knew the truth.

I think every person, at some point in their life, hits rock bottom, but mine came a few weeks after attempting suicide. I always thought that once I hit rock bottom, I’d never come back from it. I couldn’t stop crying, was numb to everything and couldn’t control the thoughts in my head. I became my worst enemy, my nightmare. Depression had taken everything from me, and I felt lost. But somewhere along the way, hitting rock bottom made me stronger, and it was the catalyst that helped me turn my life around.

Feelings of depression or anxiety can lead to suicidal thinking. If you or a loved one is experiencing suicidal thoughts or tendencies, call the National Suicide Prevention Hotline at 1-800-273-8255.

8. I Became a Writer

I’ve always enjoyed writing, but it became my outlet during my darkest battles with depression. It gave me a way to express myself when no one else would listen. It helped me heal and gave me a sense of purpose.

9. I Learned a Lot About Mental Illness

Over the last few years, I’ve developed a passion for helping others going through similar experiences and encouraging people to get the help they need. While I was once embarrassed about my struggles with depression, I’m no longer afraid to share my story because it’s made me a warrior. I’ve always said that if I can help just one person by sharing my story, then it’s all worth it.

10. Depression Showed Me Life is Worth Fighting For

There were a lot of nights where I cried myself to sleep because I didn’t feel that my life was worth living. Nights where I so desperately wanted the pain to go away. While depression has affected my life in a lot of negative ways, it’s also the one experience that made me realize how valuable my life really is.

The biggest thing I learned from having depression is that no matter how dark your days may seem, your best and brightest days are still ahead. And what you’re feeling now – as awful as it is – isn’t permanent. It won’t be like this forever.

One day you’ll look back and be amazed at how far you’ve come. It Gets Better.