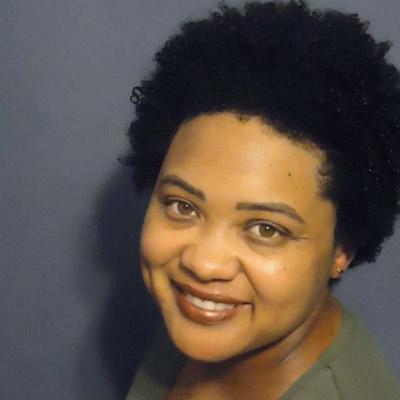 About our Editorial Team
×
This medical web page has been reviewed and validated by a health professional. The information has been screened and edited by health professionals to contain objective information on diagnosis and treatment of diseases. Contains bibliographic reference sources. If you are a healthcare professional and you find any issue, please reach out to [email protected]
Updated on 12/03/20
Share
Tweet
Share

Agoraphobia affects many aspects of daily life. It can impair an individual’s ability to perform at work, maintain a household, have a social life and engage in intimate relationships. Agoraphobia statistics reveal the prevalence of this condition, who it impacts and what treatment methods can be used to alleviate symptoms.

Agoraphobia prevalence varies in different populations, but overall, rates are low. Individuals that have anxiety, a relative with agoraphobia, experienced trauma or lost a loved one have a higher risk of agoraphobia. Women are more likely to have agoraphobia than men, and rates of agoraphobia are highest in adolescents and the elderly.

Agoraphobia in Men vs. Women

Rates of anxiety disorders tend to be higher in women, and agoraphobia is no exception. The research on women and agoraphobia has found that the female-to-male ratio of agoraphobia prevalence ranges from 1.6–3.1. Thus, women are between one and one-half times and three times more likely to have agoraphobia than men. It is thought that the differences between men and women’s agoraphobia rates are the result of sex hormones and the fact that females are more likely to be the victim of physical, mental and child abuse. Women also tend to have more severe symptoms and experience more impairment from agoraphobia than men. On agoraphobia and men, research has found that there is a higher rate of alcoholism in men with the condition than women.

Though women are more likely to experience it, agoraphobia in adults is relatively rare. Only 1.3% of adults ever experience agoraphobia. The rates of agoraphobia are different for young and mature adults.

In young adults, going to college or having an occupation seems to lower the risk of agoraphobia. College-aged individuals who were “neither employed nor students nor trainees” were twice as likely to have agoraphobia than their peers. Unlike what is observed in middle-aged adults, agoraphobia in young adults tends not to be associated with a panic disorder.

Recently, it has been proposed that the prevalence of agoraphobia in older adults, those age 65 and older, tends to be underreported. In mature adults, symptoms of agoraphobia, such as the tendency to remain at home, can be mistakenly attributed to poor health and the lack of a social network. The rate of agoraphobia may be as high as 10.4% in individuals over 65. Interestingly, agoraphobia and trauma are not linked in this population. The major risk factors for developing late-onset agoraphobia include severe anxiety and major depression.

Agoraphobia in Children and Adolescents

In adolescents, the physical manifestations of excessive anxiety and agoraphobia are unique to each individual and may include:

Agoraphobia in adolescents tends to be more severe than in other populations.

When agoraphobia occurs alongside substance abuse, both must be addressed together to decrease the chance of relapse. Treating substance abuse without addressing the underlying anxiety leaves the individual open to seeking other ways to manage stress.

Agoraphobia treatment involves both psychotherapy and medication. Anxiety disorders are especially amenable to treatment with cognitive-behavioral therapy (CBT). CBT focuses on addressing how a person’s thoughts and beliefs affect their behavior and mood. It attempts to change thinking patterns associated with anxiety-provoking situations. Medications for agoraphobia can treat the symptoms of agoraphobia, but not the underlying condition. For this reason, medications work best in conjunction with psychotherapy. Though antidepressants appear to be more effective, both antidepressants and anti-anxiety medications are prescribed for agoraphobia. With treatment, an agoraphobia prognosis is best.

The Recovery Village has treatment centers that can provide help for those suffering from co-occurring agoraphobia and substance use disorder. If you or a loved one is struggling with substance abuse or alcohol misuse co-occurring with agoraphobia, call today to learn about the options for treatment.

How to Overcome Agoraphobia

How to Overcome Agoraphobia