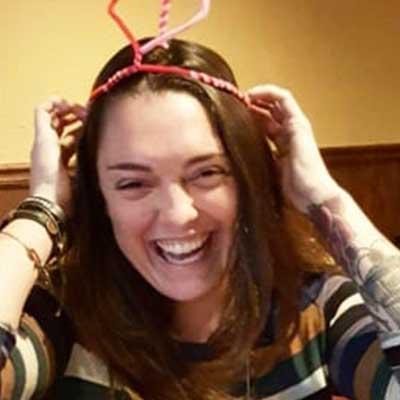 Megan is a writer in Recovery with a passion for healing others through the power of word. She believes in... read more

“Rock bottom” can be described as a person’s lowest point after making a string of questionable choices. The lowest point emotionally, physically or spiritually. The point that makes someone want to change for the better, because they don’t want to feel any lower. Everyone has their own interpretation of the phrase. When we hear the words “rock bottom,” we often think of those who struggle with addiction. Whether your addiction is with gambling, drinking, drugging, shopping, sex, love, technology, food or something else, there is a bottom to it, but we don’t have to wait until that moment to change what we already know deep down needs to change.

Speak to an Intake Coordinator now.352.771.2700
As an addict, I have learned that it was always very easy for me to justify my behavior by thinking that things could be worse. I thought that since I wasn’t waking up and starting my day with alcohol, it meant I didn’t have a problem with it. Some people who are addicted tell themselves whatever they need to hear to continue their bad habits. Keep in mind, even though I was not waking up each morning reaching for a bottle, there was never a night of drinking that I was able to stop myself from having another … because I was afraid that I would sober up. Blacking out became the norm in my life, and I wasn’t able to see that as a problem until I wanted to see it as such. This is unfortunately the issue with some addicts; it’s hard for us to want to change when we firmly believe that our reality is attainable.

Many who are addicted hit rock bottom before they can admit they have a problem; they hit it without even realizing it. That’s why the phrase can be applied to many different situations. There’s not an exact location of where rock bottom is. It’s a matter of how far down a person wants to keep digging themselves. For example, when I was arrested, I could have used the arrest as the reason to change my life around. That could have been the rock bottom moment for someone else, but for me, it wasn’t enough to end the addictions that I was allowing to run my life. Change occurs when the person who’s addicted takes a look around and realizes they’ve lost a lot more than just control. But we do not have to hit rock bottom to experience this often-powerful self-awareness.

So, how do we change before we hit bottom? It’s a hard question to answer because if simply correcting our addictive behavior was easy, addiction wouldn’t be considered a disease. It boils down to a person’s willingness to change, and take notice of the path their life is taking. Addiction thrives on our choice to live in denial of what’s really going on, and it promises us the false belief that we can survive the worst of it. Rock bottom is not for everyone, because the worst case scenario does not have to be when someone decide that changing their life is worth it. The person who’s addicted is most likely already aware that they’re not in control of their actions. It’s just a matter of admitting that before something extreme occurs in their life. It shouldn’t have to come down to a life-or-death scenario. Instead, it should be a matter of getting honest with ourselves, and making the daily choice that recovery is more important than addiction.

If you’re currently struggling, you can change your life around today. Not a few months from now, or a few years down the road, but RIGHT NOW. Rock bottom does not have to be in the cards for you. Regain control of your life by putting an end to the things that are bringing you down. Once you do, you’ll realize that the only other direction to go in is up.